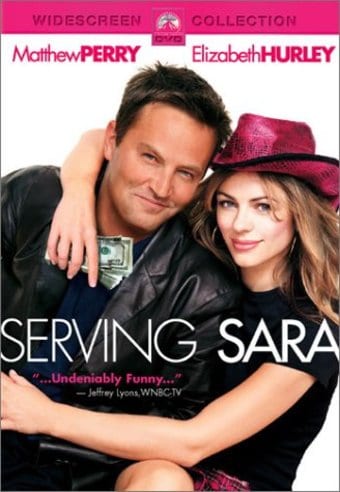 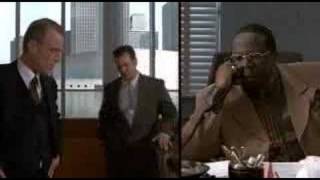 Fetching Sara Moore (Elizabeth Hurley) thinks that she is a happily married woman until process server Joe Tyler (Matthew Perry) shows up at her Manhattan apartment to serve her with divorce papers. Sara gives Joe a run for his money, fleeing to the Estee Lauder Salon (a nice touch for those who know Hurley as the company's representative) and dodging him all around New York City. Realizing that she stands to lose everything in the divorce to her Texan cattle-rancher husband (Bruce Campbell) if she is served first, Sara hires Joe to turn the tables and serve her husband first. As the two leave New York for Texas in pursuit of Gordon, they engage in luggage carousel hijinx, have a run-in with a bull, and find themselves at a Monster Truck rally, among other places. Of course, true love is always just around the corner as Sara and Joe spend more time together in pursuit of saving her millions. Vincent Pastore plays Joe's foil, Tony, who has been sabotaging Joe's work for months in order to impress the boss (Cedric "The Entertainer" Kyles) and become the company's star process server. SERVING SARA is directed by Reginald Hudlin (HOUSE PARTY, THE LADIES MAN).

George of the Jungle (DVD)
$5.80 Super Savings
Add to Cart