Kerrang (Magazine): "It's raw, powerful and frequently harrowing, but never less than compelling." 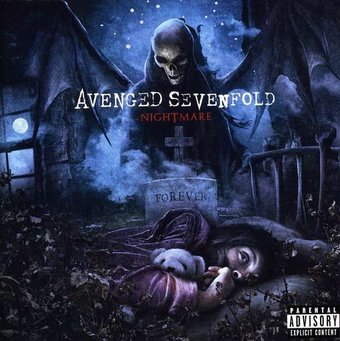 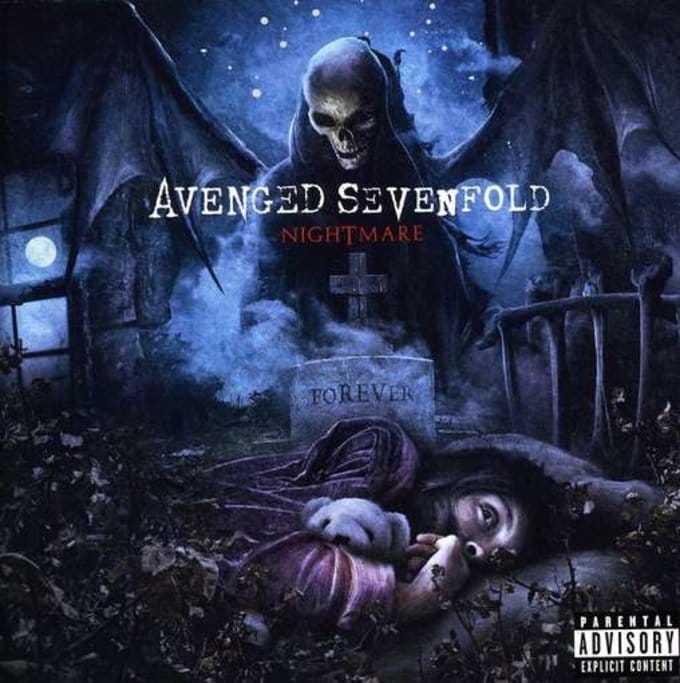 Billboard (p.28) - "NIGHTMARE is the group's best work yet. It's a sweeping, quasi-thematic epic whose nearly 67 minutes mixes punky abandon with prog-rock ambition and muscle with musicality."
Kerrang (Magazine) - p.50
"It's raw, powerful and frequently harrowing, but never less than compelling."

Personnel: Mike Portnoy (drums).
Audio Mixer: Andy Wallace.
Recording information: Phantom Studios, Westlake Village, CA; The Pass, Los Angeles, CA.
Illustrator: D.A. Frizell.
Photographer: Rafa Alc ntara.
Following the death of Avenged Sevenfold drummer James "The Reverend" Sullivan in 2009, the band marched on, enlisting the help of Sullivan's drumming hero, Dream Theater's Mike Portnoy, for their fifth studio album Nightmare. Luckily, the sound of the band remains unchanged, and as one of the best drummers in the business, Portnoy picks up the reigns and rides the Deathbat's double kick in complete synchronicity with Gates, Christ, and Vengeance. Like their previous outings, the group incorporates a New Wave of British Heavy Metal influence throughout Nightmare, while paying tribute to '80s hair metal with guitar god appeal; but playing retroactive music doesn't seem to concern them, as long as they play it more skillfully than their forefathers. The group's influences may be worn on their sleeves, but there is no denying that they have some of the best chops in the metal world. Songs shift from their trademark blistering assault to Black album ballads on a dime, M. Shadows continually amazes with his vocal acrobatics, and the opening riff of "Natural Born Killer" ramps up to an inhuman speed. "Save Me" ends the album as one of their most epic songs to date in a proper 21 gun salute, as thunderous blasts and guitar divebombs interweave into a melodic, heartfelt "Tonight we all die young!" outro. It's a fitting tribute for their fallen 28-year-old comrade, and excellent proof of the band's ability. ~ Jason Lymangrover

Running Wild
The First Years of Piracy
$12.70
Add to Cart

33%off
The Number Twelve Looks Like You
Put on Your Rosy Red Glasses
$5.98 on Sale
Add to Cart