The system is perfect until it comes after you. 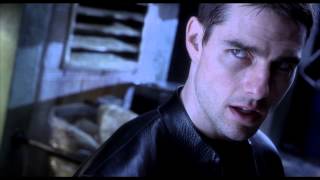 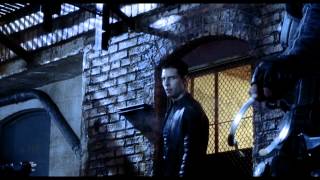 The science-fiction thriller MINORITY REPORT, directed by Steven Spielberg and starring Tom Cruise, is based on a short story by renowned writer Philip K. Dick. In the year 2054, in Washington, D.C., murder has been eliminated thanks to Precrime, a program that uses the visions of three psychics, called Precogs (an abbreviation for precognitive thinkers), to arrest and imprison would-be murderers before they have a chance to kill. Tom Cruise plays John Anderton, a Precrime enforcer who believes in the system for his own personal reasons--years back his young son was abducted, and he has dealt with the loss by becoming a high-strung Precrime officer. The director of Precrime (Max von Sydow) is eager to take the program national, and feels threatened by an ambitious federal agent (Colin Farrell) who is bent on finding a flaw in the system. When Anderton finds himself accused of the future murder of a man he's never met, his faith in Precrime is instantly shaken. He goes on the run, and is trailed by the relentless Precrime police. In the tradition of BLADE RUNNER (also based on a Dick story), MINORITY REPORT is a dark, brooding vision of the future. Spielberg expertly mixes thrilling chase and suspense sequences (the best of which involves Anderton being pursued by eye-scanning mechanical spiders) and stunning special effects with a challenging look at society's willingness to sacrifice privacy and the notion of free will for convenience and security. MINORITY REPORT is a thought-provoking and exciting film that ranks with Spielberg's best.