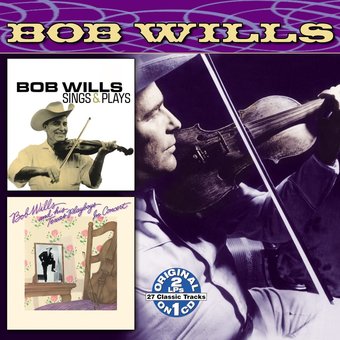 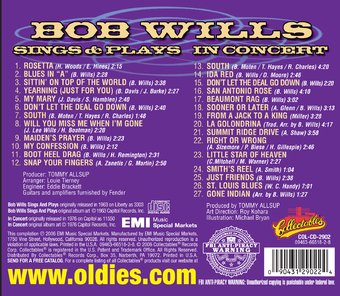 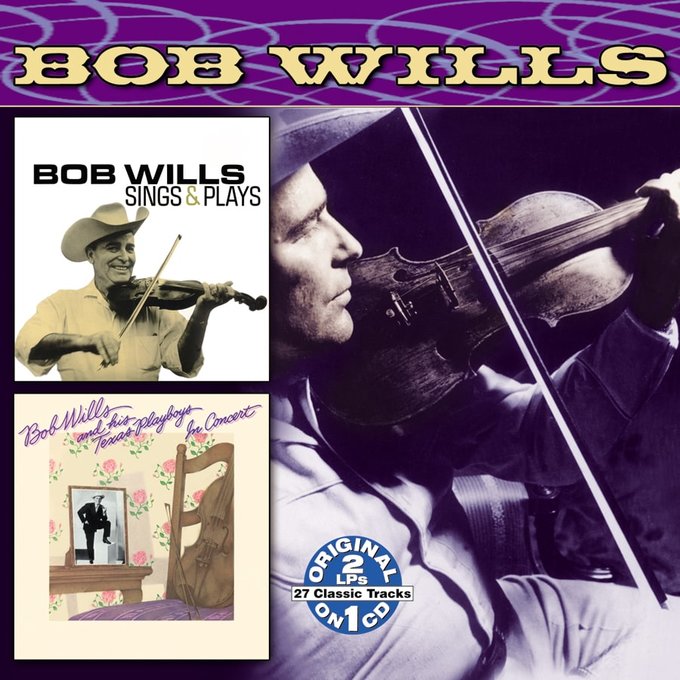 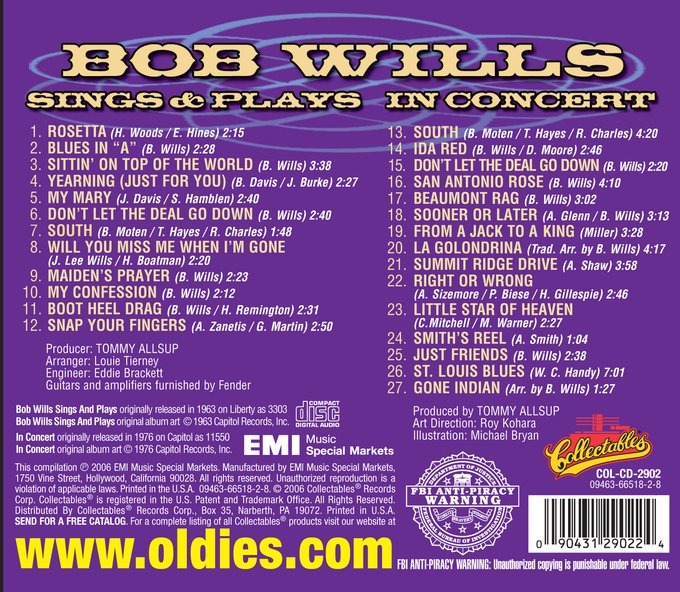 Liner Note Author: Tommy Allsup.
Illustrator: Michael Bryan .
Arranger: Lewis E. "Louie" Tierney.
Here are two Bob Wills titles packaged together on a single disc by Collectables. Bob Wills Sings & Plays was originally issued on the Liberty label in 1963; In Concert was released by Capitol in 1976 a year after Wills passed away, but it was from the same period as the Liberty sides. Both albums feature a late edition of the Texas Playboys in the post-Hollywood era. The bands were smaller than his large groups of the '40s, but they were still potent, as both these recordings show; heavier on the strings, but no less swinging. Both sets contain Wills favorites, and cuts like "Sittin' on Top of the World," "Boot Heel Drag," "Beaumont Rag," "Don't Let Your Deal Go Down," and "St. Louis Blues" were part of the repertoire in those days. Despite the late dates of the recordings, these sides are welcome addition to any Wills collection. ~ Thom Jurek