The Color of Money R 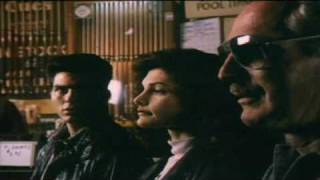 The Color Of Money - Trailer - HQ 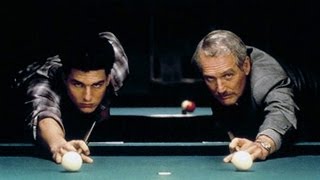 Rod Lurie on THE COLOR OF MONEY (Trailer Commentary) (Featurette)

Martin Scorsese's THE COLOR OF MONEY picks up where Robert Rossen's 1961 film THE HUSTLER left off. Fast Eddie Felson (Paul Newman), now middle-aged, finds the image of his youthful self in a pool hustler named Vincent Lauria (Tom Cruise). Trying to relive his past days of glory through the cocky but inexperienced youngster, Fast Eddie takes on the role of Vincent's manager and mentor. But Fast Eddie didn't count on having to contend with Vincent's smart, sexy, and extremely ambitious girlfriend. The three characters become engaged in an emotionally complicated power struggle as they make their way to Atlantic City, where Vincent plans to compete in his first pool tournament.

Scorsese's, as well as Newman's, love for the character of Fast Eddie shines through in every frame of this sequel, something that didn't go unnoticed by the academy (earning Newman the Best Actor Oscar). Playing the young upstart, Cruise steps up to Newman's challenge, delivering an energetic performance that cemented his place at the top of the young Hollywood elite. Robbie Robertson's bluesy score reflects the smoky interiors of the various pool halls that Fast Eddie and Vincent haunt, adding another layer of moodiness to the already stylish proceedings.

The Color Of Money
Legendary actor Paul Newman (MESSAGE IN A BOTTLE) and Academy Award(R)-nominee Tom Cruise (Best Actor, 1997, JERRY MAGUIRE) ignite the screen in this powerful drama. Brilliantly directed by Martin Scorsese (BRINGING OUT THE DEAD), Newman re-creates one of his most memorable roles from THE HUSTLER. As Fast Eddie Felson, he still believes that "money won is twice as sweet as money earned." To prove his point, he forms a profitable yet volatile partnership with Vince (Cruise), a young pool hustler with a sexy, tough-talking girlfriend (Mary Elizabeth Mastrantonio, THE PERFECT STORM). But when Vince's flashy arrogance leads to more than a few lost matches, all bets are off between Eddie and him. THE COLOR OF MONEY will electrify you with its suspenseful story, dazzling cinematography, and dynamic performances.

Paul Newman re-creates his role of Fast Eddie Felson, the pool hustler who believes the game "ain't about pool...It's about money!" He forms a partnership with a young hotshot and, through tutoring, rediscovers his own passion for the game.