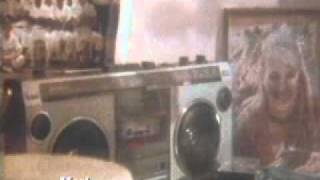 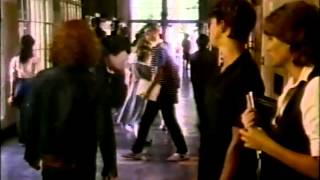 Director Peter Bogdanovich brings the inspirational, true story of Rocky Dennis (Eric Stoltz) to life in MASK. Despite being born with craniodiaphyseal dysplasia, a disease resulting in disfigurement of the bones of the face and head, Rocky is a typical teen: he collects baseball cards, plans to take a Harley through Europe, and excels at school. His devoted, yet substance-abusing mother, Rusty (Cher), along with her warmhearted biker friends, will do anything to ensure that Rocky is allowed to live as normal a life as possible. Rocky's positive outlook and spirit win him friends and supporters wherever he goes--at school, at the hospital, and while working at a camp for the blind, where he finds love with beautiful Diana (Laura Dern). Stoltz is extraordinary as Rocky, instilling him with warmth and verve. The film also features Sam Elliott as Rusty's love interest, Gar, rounding off a uniformly fine cast.

Based on the life of Rocky Dennis, MASK tells the uplifting story of a young man who suffered from a disfiguring congenital condition. The film movingly demonstrates the falsehood inherent in the world of appearances and the true nature of prejudice. Eric Stoltz, Cher, and Sam Elliott give strong, true performances in this winning drama from Peter Bogdanovich (THE LAST PICTURE SHOW).