They wanted gold. They gave them lead instead! 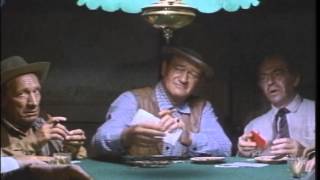 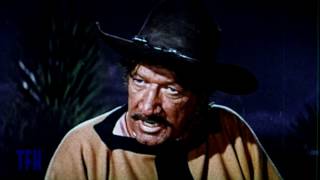 Big Jake was a family affair for John Wayne. His oldest son Michael produced it and two other sons, Patrick and John Ethan, appear in it. The film also marks the second time Richard Boone and John Wayne worked together and the fifth time Wayne worked with Maureen O'Hara.

In this action-filled Western, John Wayne stars as Big Jake McCandles, a husband who hasn't seen his wife (Maureen O'Hara) in over 18 years. But he returns home after his grandson is kidnapped by a vicious outlaw gang. While the law gives chase in rickety automobiles, Jake saddles up with an Indian scout (Bruce Cabot) and a box of money - even though paying a ransom isn't how Jake plans to exact good old frontier justice. Spiced with humor and first-class gunfights, this is a vivid depiction of the last days of the wild frontier.

John Wayne is Jacob McCandles, an aging cowboy in an Old West that is on the verge of modernization. When his eight-year-old grandson is kidnapped by a violent gang led by the evil John Fain (Richard Boone), Jacob's estranged wife (Maureen O' Hara) enlists his help to rescue the boy. Jacob and his three sons (one of whom is portrayed by Wayne's real-life son Patrick) set out to bring the gang to justice. This late-period Wayne western is characterized by a gritty realism not present in most of his earlier works. The surprisingly graphic violence is also tempered with abundant humor.

An unusually violent John Wayne western about a grandfather's efforts to rescue his kidnapped grandson.