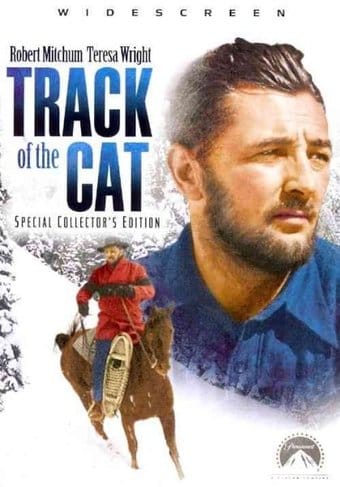 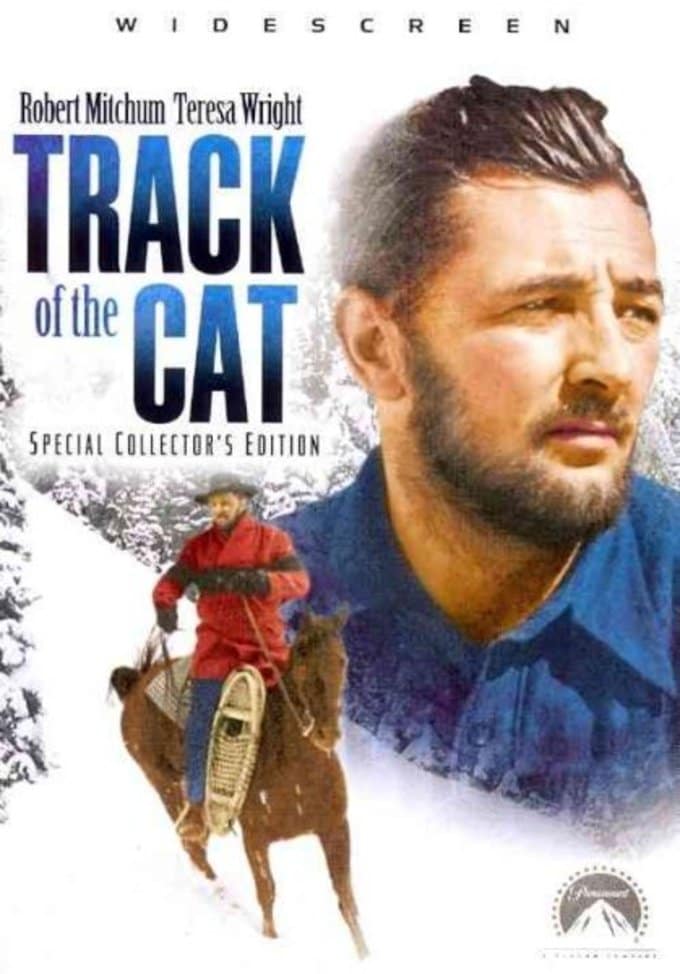 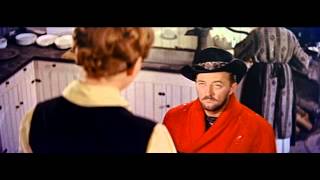 Track of the Cat - Trailer

A snowbound ranching family is threatened by both internal conflicts and a deadly, cunning predator in this offbeat Western from John Wayne's Batjac production company. Robert Mitchum stars as Curt Bridges, one of three sons born to stern matriarch Ma Bridges (Beulah Bondi) and her weak, alcoholic husband (Philip Tonge). With the ranch's cattle falling prey to the elusive killer cat, Bridges and his two brothers, Arthur (William Hopper) and Harold (Tab Hunter), are forced to confront the beast to save the family's herd. Teresa Wright (Shadow of a Doubt) is their bitter, unmarried sister, and Diana Lyon (My Friend Irma) is the young neighbor who sets tensions - and passions - aflame amidst the family's mounting crisis.

Living in the vast wilderness of northern California during the late 19th century, the Bridges family are not prepared to battle with nature. This is proved when a mountain lion takes the life of one of the boys, causing older brother Curt (Robert Mitchum) to seek the villainous cat and avenge his brother's death. William Wellman (THE OX-BOW INCIDENT) directed this deliberately paced, psychological Western-action picture, filled with deep allegory and touches of melodrama. A sense of dread follows the family throughout and permeates the film in this atypical battle of man versus beast set in the deep woods.

28%off
The Greatest Show on Earth
$6.50 Super Savings
Add to Cart