Battle of the Bulge 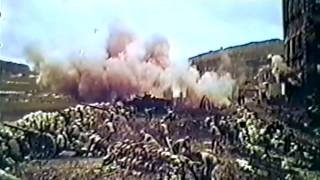 Battle of the Bulge 1965 theatrical trailer 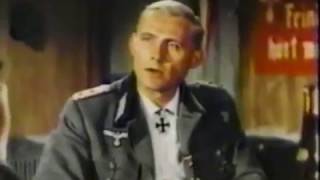 I am Martin Hessler (Clip) 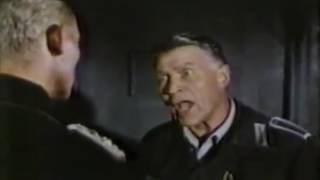 Conrad Is A Fool (Clip)

The last desperate fight that changed the course of history...

Five months after D-Day, most American soldiers think the German army is broken. The Germans think otherwise. In an attempt to buy time to fill the skies with their invincible new jets, they launch one fast, furious offensive: the Battle Of The Bulge.

For this epic recreation of one of World War II's most crucial confrontations, director Ken Annakin (The Longest Day) captures the explosive action of massive forces squaring off as well as the brave, individual ingenuity of weary GIs trying to survive a cruel European winter. The cast is a juggernaut of stars: Henry Fonda, Robert Shaw, Robert Ryan, Charles Bronson, Telly Savalas and more. Experience the vast panorama of war in all its intensity - and all its heroism.

This World War II spectacular tells the story of the tank battles of December, 1944, in which the Nazi Panzer forces staged a massive last-ditch offensive on the Belgian front.

Nazi Panzer forces stage a last-ditch Belgian front offensive that could turn the tide of WWII. Henry Fonda, Robert Shaw and Robert Ryan in the spectacular recreation of a crucial campaign.

An action-packed drama about the battle that brought World War II to a close in Europe. It tells a tense tale of the complicated events leading up to that historical confrontation -- and presents us with a group of strong-willed, highly individual military men who play key roles in the shaping of their country's destiny. Foremost among them is Kiley, an American lieutenant colonel who must overcome his fellow officer's high-handed skepticism to convince him that the supposedly defeated Germans are poised to strike.