9.8K ratings
Currently Out of Stock: We'll get more as soon as possible
Notify Me When Available
Add to Wishlist
Format:  DVD
sku:  J3YC
Related products:
Kiss Me Kate for $18.98
92% recommend us! 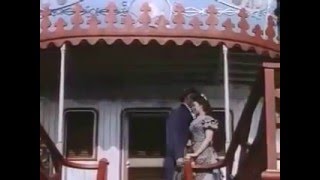 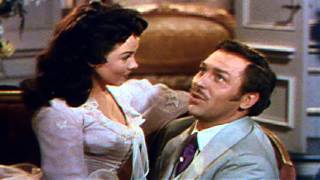 Produced by Arthur Freed and directed by George Sidney, this 1951 version of the saga of riverboat lives and loves has glorious stars (Kathryn Grayson, Ava Gardner, Howard Keel, Marge Champion and Gower Champion) in Technicolor radiance, a made-from-scratch 170-foot paddle wheeler, timeless songs and an equally timeless outcry against racial bigotry. "This was music that would outlast Kern's day and mine," Ferber said in recalling her first reaction to hearing "Ol' Man River." She was right as rain.

This vivacious remake of the Jerome Kern and Oscar Hammerstein musical (based on an Edna Ferber novel) about life on a Mississippi riverboat tracks the hardships of Julie Laverne (Ava Gardner), a mulatto trying to pass for white while also following the course of a tumultuous love between a captain's daughter, Magnolia Hawks (Kathryn Grayson), and an itinerant gambler, Gaylord Ravenal (Howard Keel). Gardner (with help from Annette Warren, whose voice was overdubbed for Gardner's songs) gives a heartbreaking performance, and Grayson's clear, pure voice soars, set off magnificently by Keel's rich baritone. The film stands as a classic for both its surprising emotional impact and its well-known score, featuring timeless gems such as "Old Man River" and "Can't Help Lovin' that Man of Mine."

Adventure | Romance | Theatrical Release | Remake | Racism | Based On A Novel