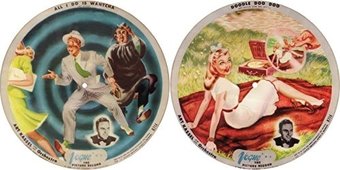 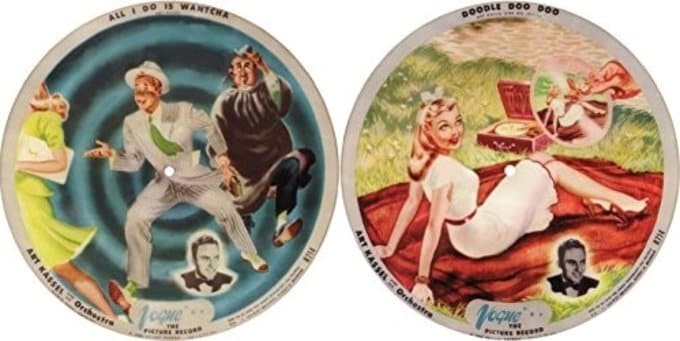 Vogue Picture Records are prized for the work of their graphic artists who have slipped into obscurity. Signing their work mostly with their last names, if at all, 'Sprink,' 'Kanouse' and 'Wirts' captured the giddy optimism of post World War II America. Their images reflect that era and its music, both popular and classical. - Judi Smith

60%off
Matty Matlock & The Paducah Patrol
And They Called It Dixieland / Gold Diggers In Dixieland
$5.98 on Sale
Add to Cart
(2)

60%off
Herbie Mann
Windows Opened / The Inspiration I Feel
$5.98 on Sale
Add to Cart