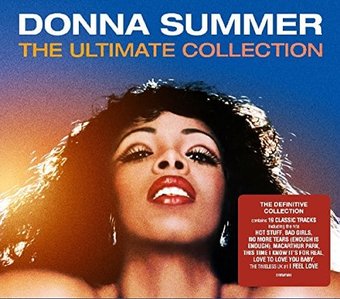 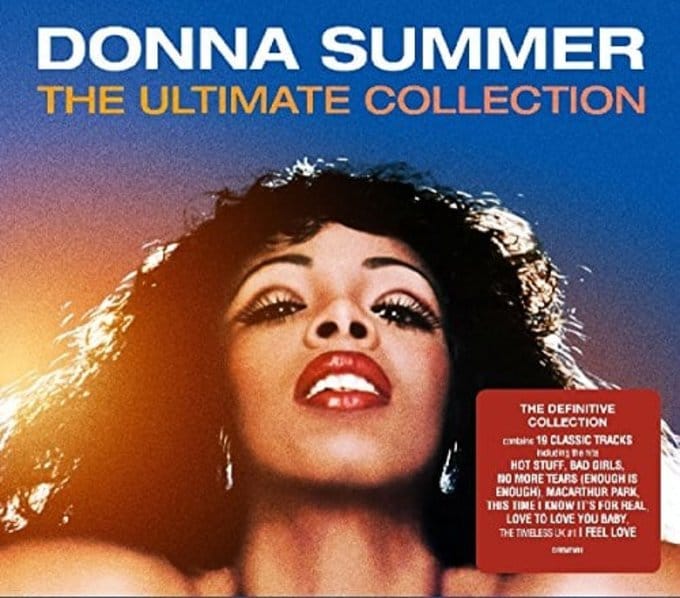 Liner Note Authors: Justin Kantor; Christian John Wikane; Pete Bellotte.
Donna Summer is one of those artists whose anthologies greatly outnumber proper studio albums. In 2016, the large stack of compilations increased again with The Ultimate Collection, which, confusingly enough, appeared in multiple forms. This, the 19-track standard edition, comes with an affixed label that distinguishes it as "the definitive collection," so perhaps it should be considered the definitive Ultimate Collection. (The label on the 58-track version promotes the contents as "3CD deluxe collectors' edition," so that's the...collectors' edition of The Ultimate Collection. Got it.) It adequately rounds up Summer's biggest hits in non-chronological sequence, beginning with the standard-setting electro-disco hit "I Feel Love" (1977) and inching toward the undervalued "Dinner with Gershwin" (1987) prior to going all the way back to the breakthrough "Love to Love You Baby" (1975). There isn't enough room for a handful of Summer's Billboard club-chart toppers, but the set should satisfy those who want to hear only the pop radio hits. In addition to the aforementioned tracks, the likes of "Last Dance," "Hot Stuff," "State of Independence," and "She Works Hard for the Money," among a few others, are essential. ~ Andy Kellman

60%off
The Cadillacs
The Fabulous Cadillacs / The Crazy Cadillacs (CD)
$5.98 on Sale
Add to Cart