The Prince and the Showgirl

Some countries have a medal for Everything. 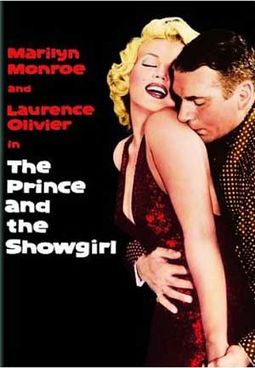 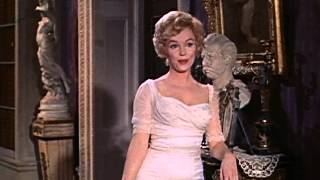 The Prince and the Showgirl - Trailer

Laurence Olivier is the Carpathian prince visiting England for the coronation of George V. Marilyn Monroe is Elsie Marina, an American actress doing a musical review at a nearby theater. When an old flame of the prince's turns out to be Elsie's boss at the theater, their paths cross--and Elsie's determined not to let them uncross. After the prince confirms her worst fear--that he's interested only in a quick seduction--she nonetheless finds herself falling for him. As his mother-in-law takes a shine to Elsie, she finds herself attending every official function of the coronation--to the chagrin of the prince and her jealous boss. The crusty prince must decide whether to let love into his duty-bound life, and Elsie must decide if happily-ever-after ever really comes true. Olivier shines in his dour, bumbling straight-man role, while Monroe is at her charming, luminous, naive best.

This modern Cinderella story teams Marilyn Monroe with Laurence Olivier in an unlikely story of romance between a visiting European potentate and a lowly but attractive British showgirl. The English government, anxious to please the influential leader, helps push the two together--despite the beautiful young woman's confusion and protests in the early stages of the courtship.

River of No Return
$11 Super Savings
Add to Cart

Beautician & The Beast
$19
Add to Cart

My Week With Marilyn
$8.40 Super Savings
Add to Cart

The Beautician and the Beast
$14.50
Add to Cart