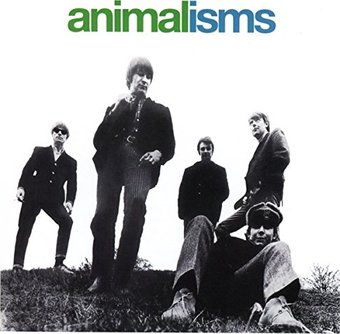 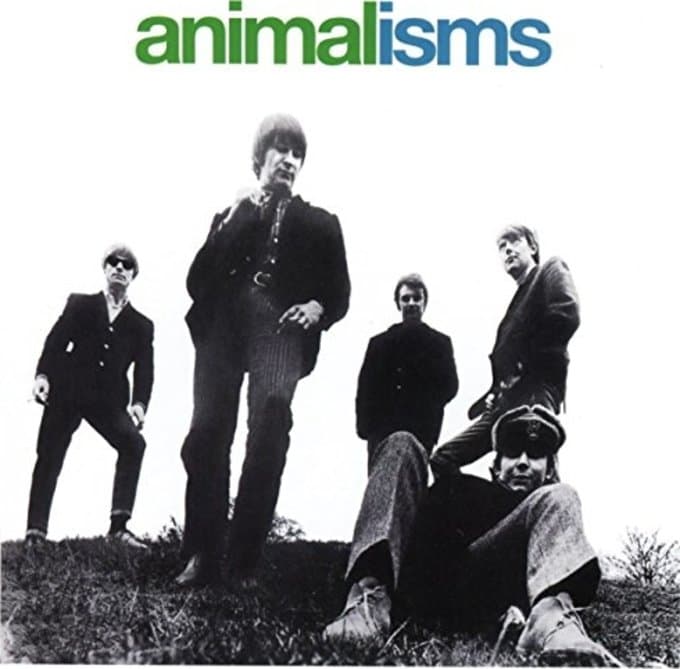 Rolling Stone - 6/7/01, p.116
4.5 stars out of 5 - "...Essential British Invasion fire, a visceral portrait of a beleagured band...in its fighting prime....The songs are all blues standards...but there is original muscle there, and Burdon's voice is honest and strong..."
Mojo (Publisher) - 12/00, p.50
"...Excellent....Hilton Valentine is in brilliant form, while new boys Dave Rowberry and drummer Barry Jenkins add a tough virtuoso edge..."

During their first two years of recording, the Animals had never quite succeeded when it came to recording LPs -- good as some of the songs on their first two albums, done for EMI, had been, there was this sense that single were what this band was really about. Then, newly signed to English Decca, they delivered Animalisms, a truly transcendent collection of a dozen songs, mostly superb covers interspersed with some good originals, principally by Eric Burdon and Dave Rowberry. Burdon was never singing better and the group had developed a bold, tight sound that seemed to lift his soul shouting to ever higher levels of passion and conviction. "Outcast," "Maudie," "You're on My Mind," "Clapping," "That's All I Am to You," "Squeeze Her - Tease Her," "I Put a Spell on You," "She'll Return It," and "Gin House Blues" all rate among the best work the band ever did, passionate, gorgeous, and exciting R&B down to the last note, with Burdon at the peak of his career; and "Sweet Little Sixteen," though a relatively minor song here, was their best Chuck Berry cover to date, highlighted by Rowberry's flashy piano (doing some Jerry Lee Lewis arpeggios) and Hilton Valentine's boldest guitar work yet, combining the lead and rhythm parts in a hard chopping, twanging virtuoso performance. Ironically, the Animalisms album (which was issued in America two months later in somewhat altered form, as Animalization) appeared just as the group was about to enter its final phase of existence -- they'd switched drummers from John Steel to Barry Jenkins during the period in which these tracks were recorded, and Burdon would soon decide to dissolve the lineup. ~ Bruce Eder

Eric Burdon / The Animals
The Twain Shall Meet
$17.20
Add to Cart

The Animals
Before We Were So Rudely Interrupted
$15.70 Super Savings
Add to Cart