Some guests never checked out. 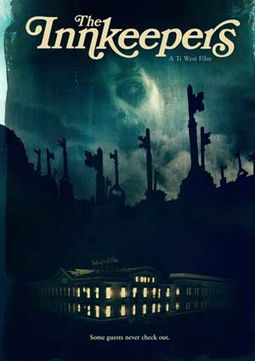 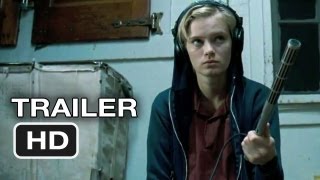 A pair of self-styled ghost chasers hunt for spirits in a run-down New England inn in this subtle thriller from director Ti West. The Yankee Pedlar Inn is a hotel in Torrington, CT, that's been welcoming guests for over a hundred years. However, not many have been stopping by lately, and the owners have chosen to shut it down. In the Yankee Pedlar's last weeks of operation, the staff have been reduced to just two people, Claire (Sara Paxton) and Luke (Pat Healy). Neither one is especially interested in hotel management, but they're both students of the supernatural: They've come to the Yankee Pedlar because it has a reputation for being haunted and they want to see for themselves if ghosts walk the halls before it's too late. The two spend their time searching the empty rooms for evidence of paranormal activity, which Luke will post on his website (if he ever finishes it), but they don't find much until an eccentric woman (Kelly McGillis) who shares their fascination with ghosts checks in. Together, they begin to discover the truth about the Yankee Pedlar's strange legacy. THE INNKEEPERS received its world premiere at the 2011 South by Southwest Film Festival.

16%off
The Haunting in Connecticut 2: Ghosts of Georgia
$8.40 Super Savings
Add to Cart

The House of the Devil
$25.70 Super Savings
Add to Cart

We Are Still Here
$23.10 Super Savings
Add to Cart