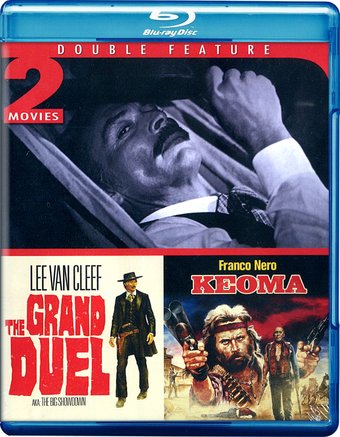 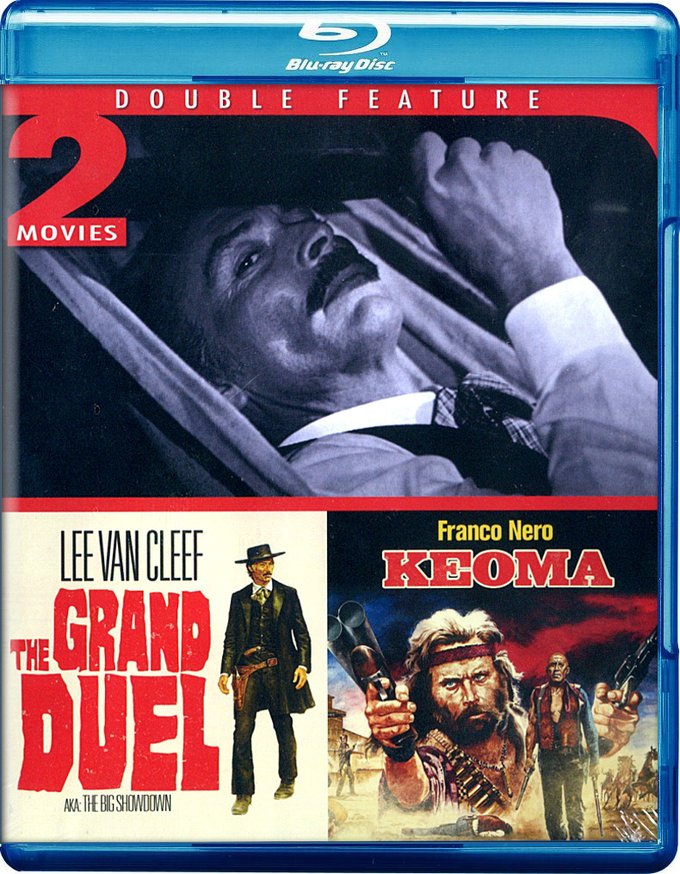 THE GRAND DUEL (AKA THE BIG SHOWDOWN): Also known as Il Grande Duello, this classic Spaghetti Western features Lee Van Cleef in the role of a tough, gun-slinging sheriff out to defend a young cowboy accused of murder. Dressed in characteristic all-black, he must fend off the avenging Saxon brothers (who, naturally, drape themselves entirely in white). Action-packed with wild shoot-outs, riotous chase scenes and a fantastic score by composer Luis Enrique Bacalov (who would later be enlisted by longtime fan Quentin Tarantino to create film music for his work), this gritty gem remains a favorite among fans of the genre.

KEOMA: Franco Nero is KEOMA, a half-breed gunfighter weary of killing as a way of life. But when he returns to his troubled childhood home, Keoma is caught in a savage battle between innocent settlers, sadistic bandits and his vengeful half-brothers. In a wasteland gone mad with rage and pain, can one man massacre his way to redemption? Woody Strode (ONCE UPON A TIME IN THE WEST), William Berger (DJANGO STRIKES AGAIN) and Olga Karlatos (ZOMBIE) co-star in this one-of-a-kind classic that fans and critics consider to be one of the greatest Spaghetti Westerns of all time.

Sartana's Here...Trade Your Pistol for a Coffin
$5.98 on Sale
Add to Cart