By day, Andre secretly perfects his parries and lunges...and hides his true identity at night behind the mask of stage clown Scaramouche. 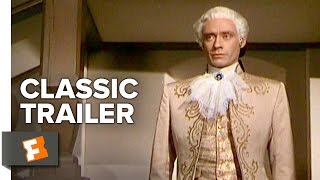 Let danger befall him. Let the winds of fate blow where they may. Andre Moreau will strike a blow for vengeance and the French Revolution. First, he must hone his skill with the blade. By day, Andre secretly perfects his parries and lunges...and hides his true identity at night behind the mask of stage clown Scaramouche.

Stylish adaptation of the Rafael Sabatini's 1921 novel set in 18th-century France in which a man seeks to avenge the death of his brother. Acting in public like a bumbling baffoon, he is really a leader of the French Revolution.

An 18th Century French aristocrat seeks revenge against the ace swashbuckler who killed his friend. To prepare for the impending duel, the nobleman takes fencing lessons from an acting group, and even takes on the role of "Scaramouche". The exciting climax of the film -- the clash between the two swordsmen -- lasts over six minutes!

Action | Classic | Switching Roles | Vengeance | Recommended | Period Piece | Theatrical Release
This product is made-on-demand by the manufacturer using DVD-R recordable media. Almost all DVD players can play DVD-Rs (except for some older models made before 2000) - please consult your owner's manual for formats compatible with your player. These DVD-Rs may not play on all computers or DVD player/recorders. To address this, the manufacturer recommends viewing this product on a DVD player that does not have recording capability.

Against All Flags
$19
Add to Cart

23%off
The Scarlet Pimpernel
$6.90 Super Savings
Add to Cart