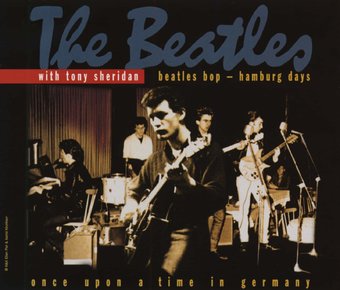 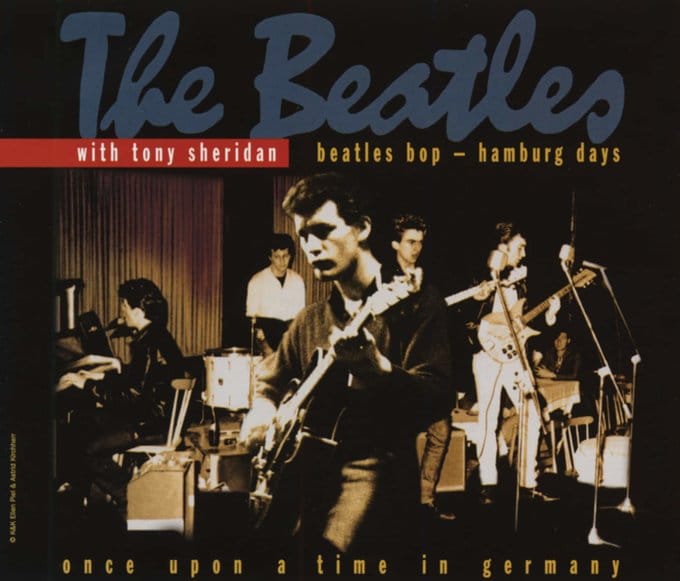 Rolling Stone - 7/11/02, p.112
4 stars out of 5 - "...Even in their rugged infancy, playing for strippers and sailors on the Reeperbahn, the Beatles were the beginning of everything. Bolts of imminent greatness shoot through these bizarre rave-ups of mom-and-pop corn..."

No matter what everyone once thought of these recordings, they hold more value and mystery now than they ever could have when they were originally issued. Part of it is the mythology of the Beatles, but the rest is in the raw, live, sexual energy that these recordings themselves project. It's also an indisputable fact that the Beatles never, ever rocked harder than on these sessions with Tony Sheridan and then-drummer Pete Best from 1961-1964. While Tony Sheridan may never have been the singer either Paul McCartney or John Lennon was, he was a solid rock & roll singer, and the Beatles had never thought much about playing pop music at point -- as these recordings truly attest. The wildness in all six versions of "My Bonnie" (three mono, three stereo), "Sweet Georgia Brown," "The Saints," "Take Some Insurance out on Me Baby," "Nobody's Child," "Ain't She Sweet," and "Cryin" for a Shadow," in all their mono, stereo, and medley versions, tell a story of risk, innocence, and raw nerve on the part of the Beatles, and until this Bear Family edition of the complete German studio sessions, it had never been told before. The package contains two CDs, 38 selections, and pristine sound. There is also a booklet with every single session note obtainable as well as many photographs and even a reproduction of the contract between the Beatles and Bert Kamephert as administered by the late Brian Epstein. This is an amazing document, one that opens another dimension unto the world that the Beatles entered and then changed. ~ Thom Jurek

36%off
The Shadow Knows: 34 Scary Tales from the Vaults of Horror
$7.70 Super Savings
Add to Cart

36%off
Destination Lust: The World of Love, Sex and Violence
$7.70 Super Savings
Add to Cart

36%off
Another Banana Split, Please!: More Gems from the Good Old...
$7.70 Super Savings
Add to Cart