John Ford's Most Powerful Drama. The Breathtaking Saga of the United States Cavalry! The third installment of John Ford's trilogy... 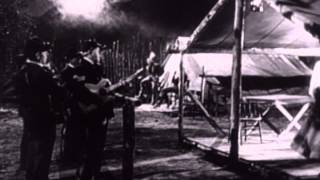 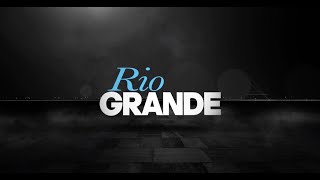 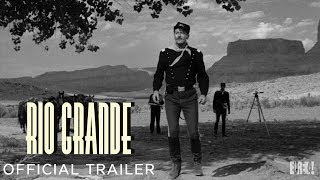 In RIO GRANDE, the last part of John Ford's classic Cavalry Trilogy, John Wayne stars as Kirby York, a colonel at an army outpost along the U.S.-Mexico border where the Apache are always a problem. When his son, Jeff (Claude Jarman Jr.), whom he hasn't seen in more than a decade, arrives at the fort after flunking out of West Point, Yorke treats him coldly, warning the young man not to expect preferential treatment, which Jeff assures him he doesn't want. Yorke's ex-wife, Kathleen (Maureen O'Hara), appears, intending to persuade Jeff to leave the army. Yorke refuses to do the necessary paperwork to release his son, a decision seconded by Jeff, who has begun to adapt to army life--and before Kathleen can regroup for another attempt, the fort is attacked by the Apache. The making of RIO GRANDE was mandated by producer Herbert Yates, who would agree to finance the director's THE QUIET MAN only if Ford first made a Western, as insurance, with that film's proposed leading actors. Ford continues the series' realistic depiction of the rigors of life on a cavalry post in the late-19th-century Southwest, and members of the director's stock company--most notably Victor McLaglen, Harry Carey Jr., and Ben Johnson--acquit themselves admirably.

Cavalry officer Kirby Yorke is hurrying to put down an Indian uprising when his son arrives as a new recruit--with Yorke's ex-wife right behind.