Those Daring Young Men in Their Jaunty Jalopies G 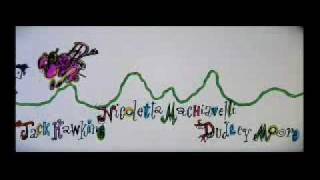 A mismatched collection of racers show up to compete in a 1920's road rally. Who will win: the preening playboy, the industrialist wanna-be, the goofy British officers, or the dastardly smuggler'

This comedy "vehicle" takes place in the 1920s and centers on the raucous Monte Carlo Rally, a 1500 mile race across Europe's more dangerous terrains. The wacky, multi-ethnic contestants include the sniveling, ruthless Sir Cuthbert; his dashing rival Chester; a couple of bumbling Brits, a pair of German ex-cons (who are smuggling gems in their car); a trio of French babes; and two Italian playboys -- who are more interested in pursuing the three femmes. Vehicular hijinks ensue, as cars crash, careen and collide all the way to the finish line.

19%off
A Funny Thing Happened on the Way to the Forum
$16.20 Super Savings
Add to Cart