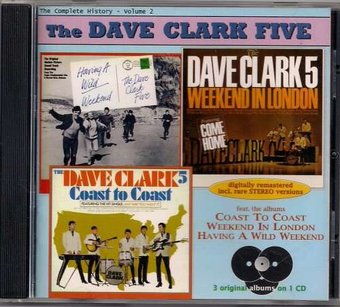 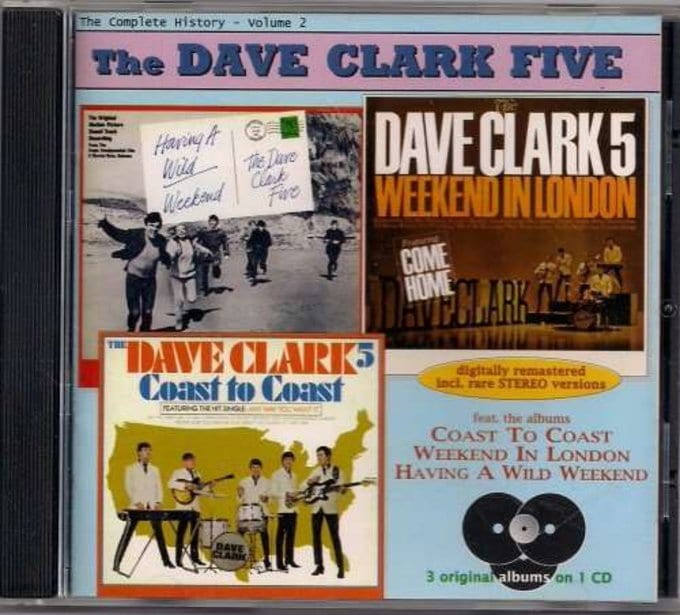 With three Dave Clark Five LPs -- Coast To Coast, Weekend in London, Having A Wild Weekend -- represented on this CD, the content is slightly uneven. The first of these was one of the finest recordings ever released by the group, and the Having A Wild Weekend soundtrack has more than its share of worthwhile tracks. As a freestanding album, Weekend in London was weaker than either of those, with more ambitious but less interesting ballads, and more predictable rockers than its predecessor. "Your Turn to Cry" is as close as the group members got to emulating Lennon and McCartney as songwriters or recordings artists. That song, and the pounding "Little Bitty Pretty One," are definitely the high points of that album. On this compilation, however, the Weekend in London sides hold up surprisingly well -- they're still not the best work in the quintet's history -- but sandwiched between the bolder sides around them, they stand up well, and the sound is excellent, bringing out the raw power of this group and their quieter, more elegant side as well in rich detail, along with their underrated harmony singing; the detail in Lenny Davidson's rhythm guitar playing, and the little nuances inMike Smith's piano and organ work, not to mention the raw power of Rick Huxley's bass and Dave Clark's drumming, all make for great listening pleasure, as much in the 21st century as in the mid-'60s. The annotation, reprinted from a historical article on the band, is also extremely detailed and thorough, though it isn't hooked around specific tracks or albums so much as the chronological period represented by the three LPs, with extensive quotes from Clark himself. ~ Bruce Eder

Dave Clark Five
All Their U.S. Chart Hits In True Stereo For The First Time...
$22.40
Add to Cart