Dusty Springfield Stay Awhile:I Only Want To Be With Yo 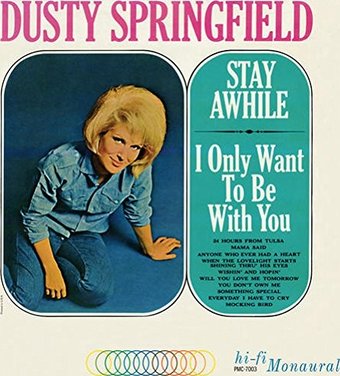 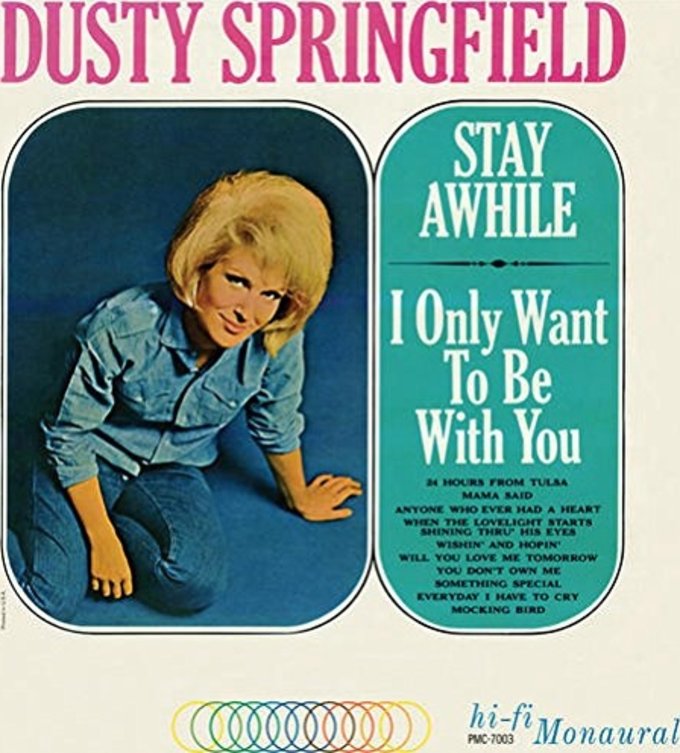 Get email alerts for Dusty Springfield
Currently Out of Stock: We'll get more as soon as possible
Notify Me When Available
Add to Wishlist
Format:  Vinyl LP
item number:  ZSUR 01211
Related products:
The Very Best of Buddy Holly and the Crickets (2LPs 180GV Gatefold Edition) for $42.20
Dusty Springfield: Dusty for $19.80
Dixie Chicks, Home for $27.60
91% recommend us!

All tracks have been digitally remastered.
Dusty Springfield's first American album was cobbled together from her debut British LP, A GIRL CALLED DUSTY. A few tracks were deleted to make room for the two title singles, plus a B-side and a gorgeous reading of Arthur Alexander's country soul classic "Every Day I Have to Cry," which immediately became one of her signature tunes.
It's primarily a covers album, which was still standard procedure in 1964, but Springfield's honeyed, uniquely soulful vocals do full justice to earlier hits by the Supremes, the Shirelles, and Dionne Warwick. However, she comes into her own with "Wishin' and Hopin'," the first in what would be a long and fruitful collaboration with songwriters Burt Bacharach and Hal David.