A Comedy About The Game of Love. 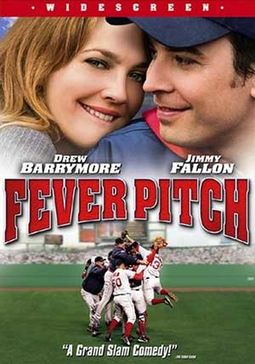 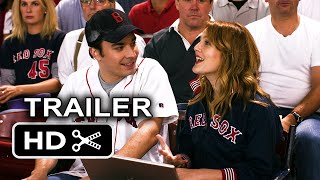 The Farrelly Brothers (THERE'S SOMETHING ABOUT MARY, DUMB & DUMBER) take a slight departure from their signature breed of over-the-top, gross-out humor and opt instead for sensitive restraint with this genuinely sweet love story. Credit is due in part to the writing team of Lowell Ganz and Babaloo Mandel (SPANGLISH) who adapt Nick Hornby's popular British novel, moving it to Boston and exchanging the protagonist's obsession with soccer for an all-consuming love of baseball. Ever since his first childhood visit to Fenway Park, easygoing schoolteacher Ben (Jimmy Fallon) has been in love with the Boston Red Sox. When he meets a successful workaholic named Lindsey Meeks (Drew Barrymore), he warns her that being such an avid fan has been a problem in his past relationships. On the brink of turning 30, Lindsey is eager to make what seems like an otherwise promising romance work, and she agrees to go with Ben to opening day (of the eventful 2004 season when the Red Sox won the World Series for the first time in 86 years).

As baseball season proceeds, the truly obsessive nature of Ben's hobby is revealed, and a love triangle is set up in which baseball plays the role of the other woman. Lindsey's feelings for Ben are put to the test again and again as his love for the game threatens to outweigh his feelings for her. While the film's structure is pretty typical of a romantic comedy, FEVER PITCH offers quirky characters that ring true. Fallon and Barrymore display a genuine chemistry and Fallon proves (after leaving SNL) that he can pull off the romantic lead. With the exception of Yankee fans, FEVER PITCH should appeal to anyone who has ever really loved another person (or a pastime).