Young ones! Parental units! We summon you! 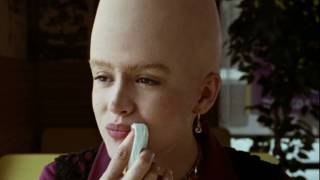 Hounded by the immigration authorities, the Coneheads continue to pursue the American dream, raising their teenaged daughter "Connie" in their suburban home and on weekends barbecuing mass quantities of animal protein in the back yard. Inspired by the early "Saturday Night Live" skit. The supporting cast includes a veritable "who's-who" of TV comedy, from comics-turned-sitcom stars Drew Carey and Ellen DeGeneres to "Seinfeld" stars Jason Alexander and Michael Richards and "SNL" cast members Jan Hooks, Julia Sweeney, and Tim Meadows.

The movie is based on a series of comedy sketches which originally aired on "Saturday Night Live" during the 1976-1977 season. The basic premise of the plot revolves around the Conehead family, newly landed on Earth from the planet Remulak, who find themselves trying to dodge two Immigration and Naturalization officers.