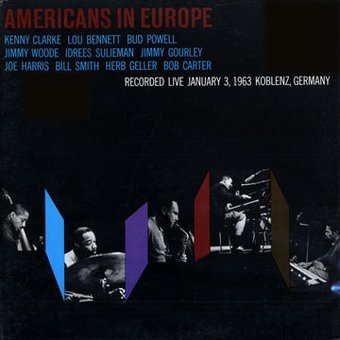 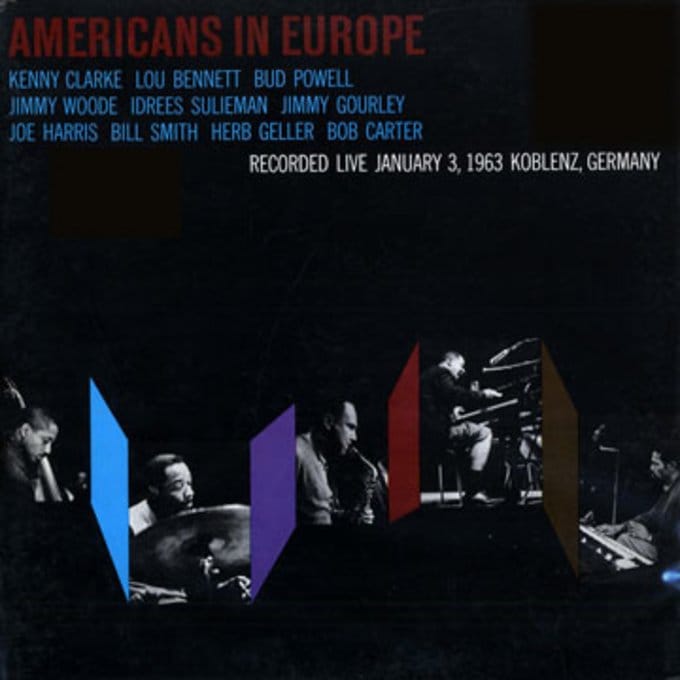 Performers include: The Don Byas-Bud Powell Quintet, The Kenny Clarke Trio, The Bill Smith Quintet.
Recorded in Koblenz, Germany in 1963.
On Jan. 3, 1963 producer-writer Joachim Berendt organized a concert in Germany featuring some of the top American jazzmen who were then residing in Europe. Originally released as 13 songs on two LPs, eight of the performances have been reissued on this single CD; left out are five of the seven numbers from Vol. 1 (three with clarinetist Albert Nicholas and one apiece with bluesmen Champion Jack Dupree and Curtis Jones). The CD contains a pair of fine features for tenor saxophonist Don Byas (including a lengthy workout on "All the Things You Are"), ballad showcases for trumpeter Idrees Sulieman ("I Can't Get Started") and pianist Bud Powell ("'Round Midnight"), two numbers by a trio consisting of guitarist Jimmy Gourley, organist Lou Bennett and drummer Kenny Clarke, and a pair of Bill Smith originals featuring the clarinetist in a quintet with altoist Herb Geller and guitarist Gourley. A fine bop-oriented set of music by a variety of mostly underrated players. ~ Scott Yanow