A buxom beauty and a murderer clash with lawman Pat Garrett in this infamous, psychological and sexy western. 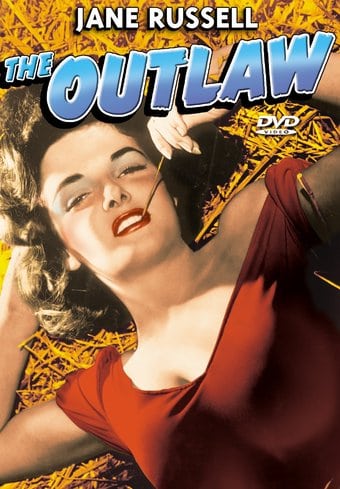 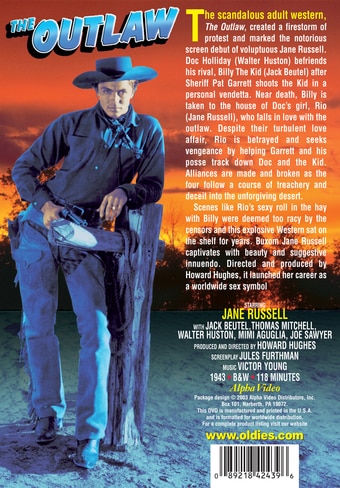 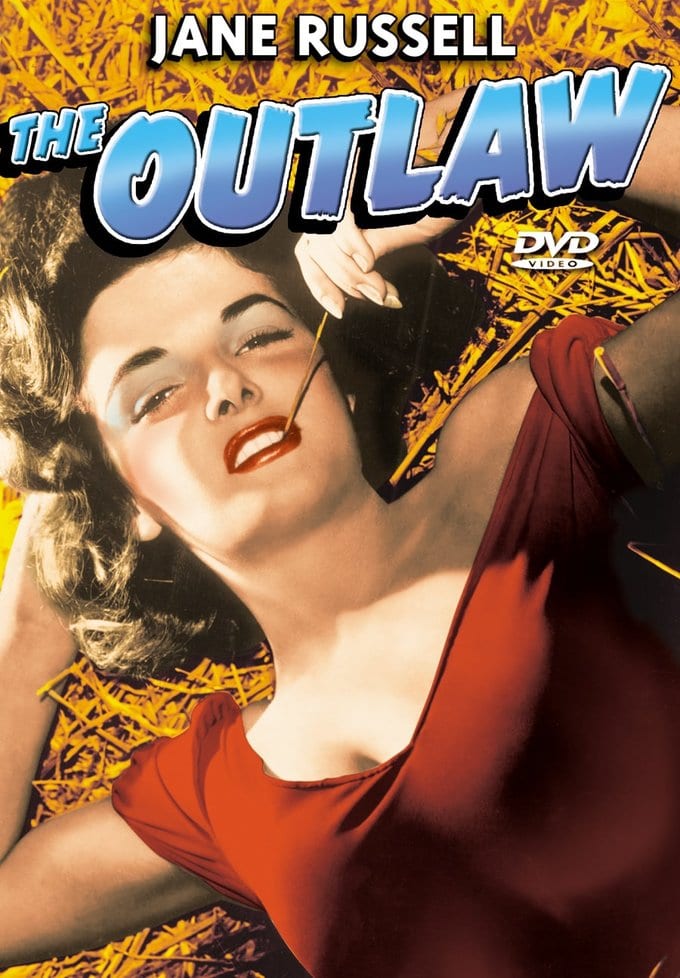 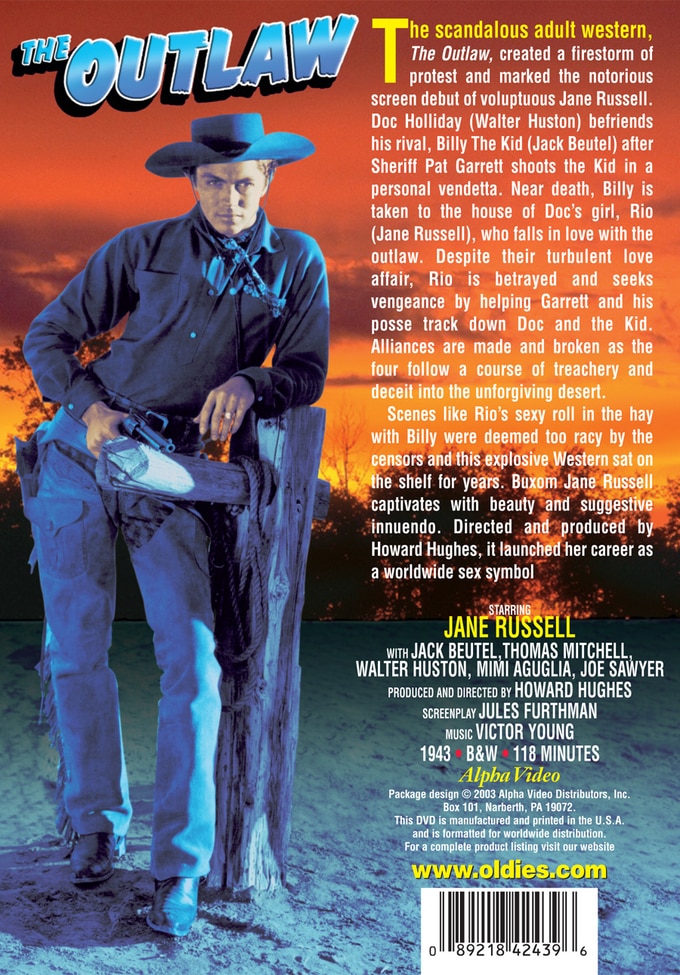 The scandalous adult western, The Outlaw, created a firestorm of protest and marked the notorious screen debut of voluptuous Jane Russell. Doc Holliday (Walter Huston) befriends his rival, Billy The Kid (Jack Beutel) after Sheriff Pat Garrett shoots the Kid in a personal vendetta. Near death, Billy is taken to the house of Doc's girl, Rio (Jane Russell), who falls in love with the outlaw. Despite their turbulent love affair, Rio is betrayed and seeks vengeance by helping Garrett and his posse track down Doc and the Kid. Alliances are made and broken as the four follow a course of treachery and deceit into the unforgiving desert.

Scenes like Rio's sexy roll in the hay with Billy were deemed too racy by the censors and this explosive Western sat on the shelf for years. Buxom Jane Russell captivates with beauty and suggestive innuendo. Directed and produced by Howard Hughes, it launched her career as a worldwide sex symbol.

Doc Holliday (Walter Huston) meets the notorious Billy the Kid (Jack Beutel), who has stolen his horse. Doc's old friend Pat Garrett, now a sheriff, wants to arrest the Kid for murder, but Doc helps his young friend flee to a hideout, where Billy meets Rio (Jane Russell), a beautiful young woman who soon finds herself falling in love with him. As Doc and Billy try to evade the law, they run into a series of adventures involving Indians and gunfights, culminating in a fierce showdown. Under the control of director/ producer Howard Hughes, THE OUTLAW became both a classic Western and a tribute to the charms of its leading lady, 19-year-old Jane Russell, whose cleavage was featured prominently in the film's publicity. As a result, THE OUTLAW became one of the most controversial films of the 1940s, leading to a protracted battle with censors that only added to the film's allure. The story of Pat Garrett, Doc Holliday, and Billy the Kid sharply veers from historical reality but the result is a fun and engaging classic that stands out from other Westerns of the era.