In this sequel to Beau Geste, a foreign legionnaire returns to Arabia to find his missing childhood friend. 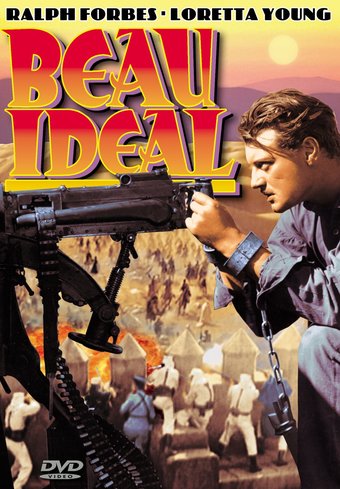 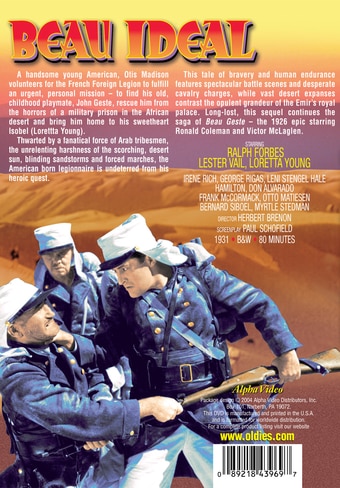 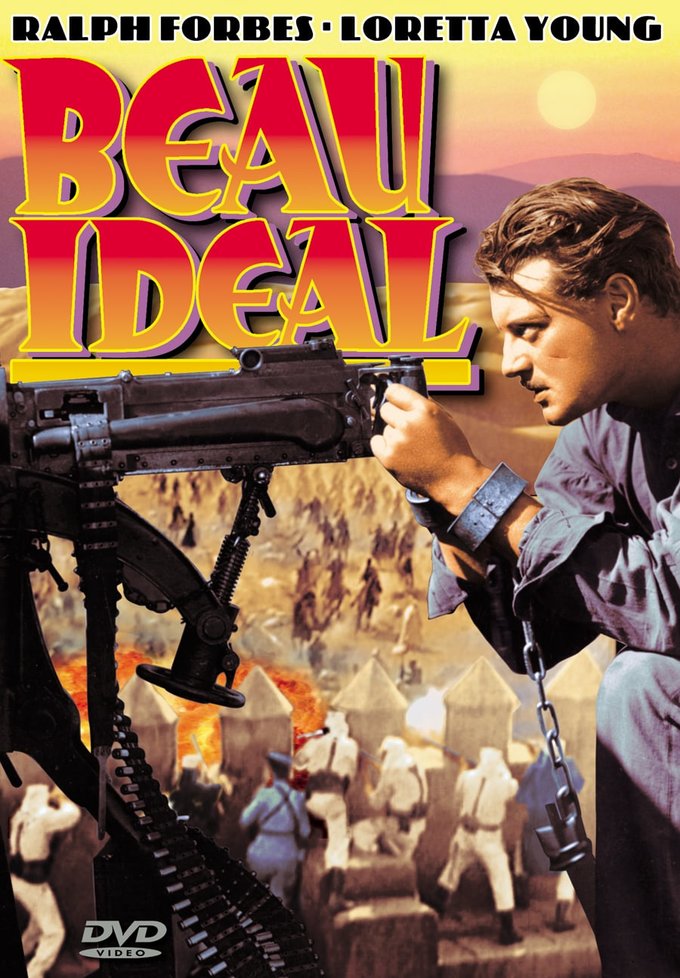 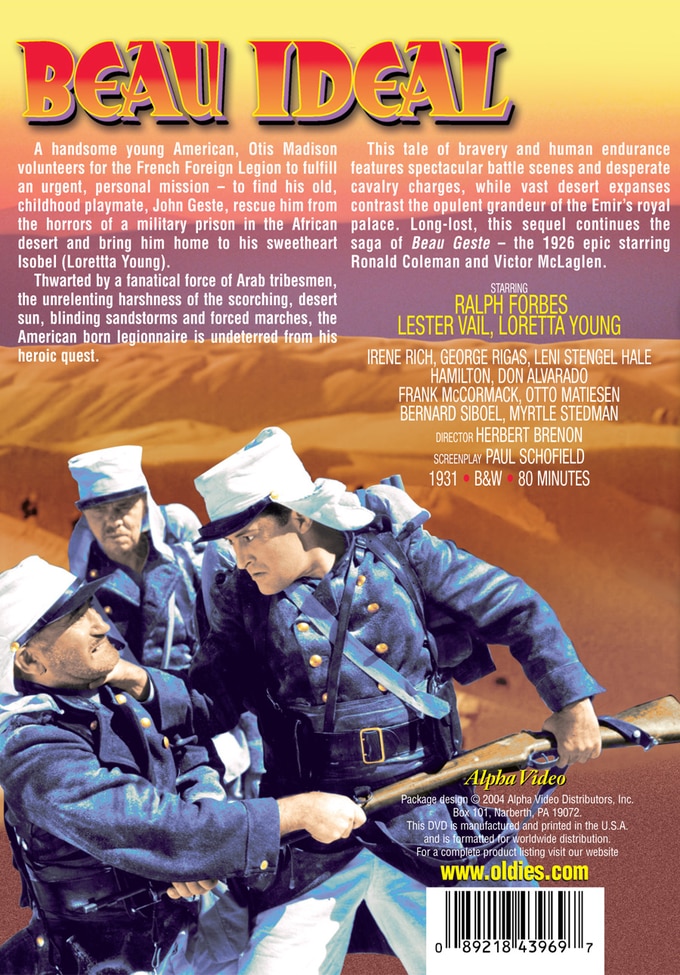 A handsome young American, Otis Madison volunteers for the French Foreign Legion to fulfill an urgent, personal mission - to find his old, childhood playmate, John Geste, rescue him from the horrors of a military prison in the African desert and bring him home to his sweetheart Isobel (Lorettta Young). Thwarted by a fanatical force of Arab tribesmen, the unrelenting harshness of the scorching, desert sun, blinding sandstorms and forced marches, the American born legionnaire is undeterred from his heroic quest.

A young American man joins the foreign legion in hopes to find his captured childhood friend and return him to his beautiful lady in waiting.
This product is made-on-demand by the manufacturer using DVD-R recordable media. Almost all DVD players can play DVD-Rs (except for some older models made before 2000) - please consult your owner's manual for formats compatible with your player. These DVD-Rs may not play on all computers or DVD player/recorders. To address this, the manufacturer recommends viewing this product on a DVD player that does not have recording capability.

The Affairs of Cellini
$19
Add to Cart

Customer Rating:
Based on 241 ratings.

A Little Less Than Ideal, But Not Terrible Movie Lover: Jeremy Weinstein from Walnut Creek, CA US -- January, 25, 2009


A massively expensive ($350,000) flop in its time, it's actually not bad viewing, once past the absurdly melodramatic opening. Music by Max Steiner.

93%off
The Who / Various Artists
The Who and Friends In Concert - TCT: Concert For Teenage... TOP 25 Bestselling DVD
99¢ on Sale
Add to Cart
(2)
Film Collectors & Archivists: Alpha Video is actively looking for rare and unusual pre-1943 motion pictures, in good condition, from Monogram, PRC, Tiffany, Chesterfield, and other independent studios for release on DVD. We are also interested in TV shows from the early 1950s. Share your passion for films with a large audience. Let us know what you have.
How to Order
Shipping Rates & Options
International Shipping
Return Policy
Request a FREE Catalog
Order Items by Catalog
View Catalogs Online
Safe Shopping Guarantee
Buy a Gift Certificate
About OLDIES.com
Customer Reviews
Contact Info
Privacy Policy
Send Feedback
Login
Forgot Password?
Sign Out
Email Subscriptions
Redeem Gift Certificate
To place an order or for customer service, call toll-free 1-800-336-4627 or outside the United States, call 1-610-649-7565
Open Monday-Friday: 9am-9pm, Weekends: 11am-7pm (Eastern Time)
Se habla Español! Spanish-speaking representatives available, Monday-Friday: 9am-5pm (Eastern Time)
Portions of this page © 2022 TiVo Corporation. For personal non-commercial use only. All rights reserved.
© 2022 OLDIES.com and its affiliates and partner companies. All rights reserved.