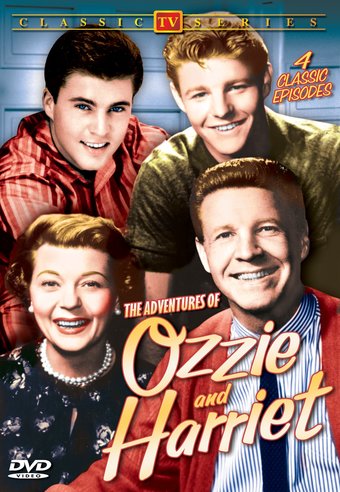 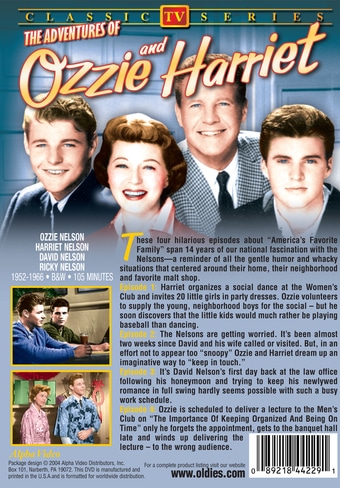 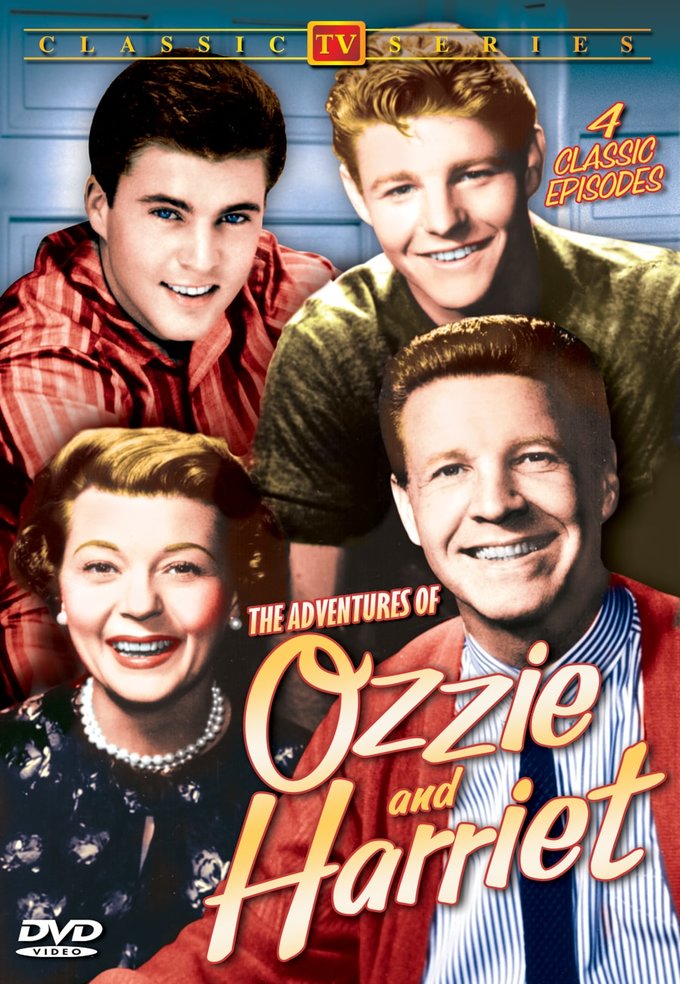 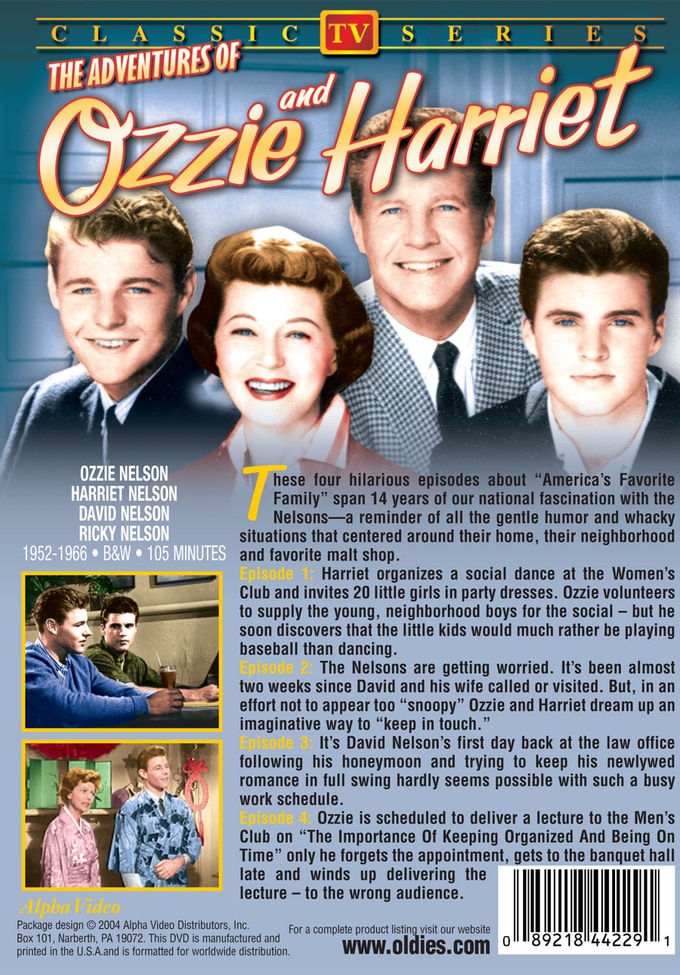 These four hilarious episodes about "America's Favorite Family" span 14 years of our national fascination with the Nelsons - a reminder of all the gentle humor and whacky situations that centered around their home, their neighborhood and favorite malt shop.

Episode 1: Harriet organizes a social dance at the Women's Club and invites 20 little girls in party dresses. Ozzie volunteers to supply the young, neighborhood boys for the social - but he soon discovers that the little kids would much rather be playing baseball than dancing.

Episode 2: The Nelsons are getting worried. It's been almost two weeks since David and his wife called or visited. But, in an effort not to appear too "snoopy" Ozzie and Harriet dream up an imaginative way to "keep in touch."

Episode 3: It's David Nelson's first day back at the law office following his honeymoon and trying to keep his newlywed romance in full swing hardly seems possible with such a busy work schedule.

Episode 4: Ozzie is scheduled to deliver a lecture to the Men's Club on "The Importance Of Keeping Organized And Being On Time" only he forgets the appointment, gets to the banquet hall late and winds up delivering the lecture - to the wrong audience.

This fascinating TV show presents a family tale with a twist: The storylines are largely based on the lives of the actors involved. The show ran over an extensive period of time, and featured the sons of the family going through difficult teenage years, marrying, and taking their first steps in their careers of choice. This release offers some of the best moments from the show.

Family Interaction | Vintage
This product is made-on-demand by the manufacturer using DVD-R recordable media. Almost all DVD players can play DVD-Rs (except for some older models made before 2000) - please consult your owner's manual for formats compatible with your player. These DVD-Rs may not play on all computers or DVD player/recorders. To address this, the manufacturer recommends viewing this product on a DVD player that does not have recording capability.