Boys will be boys. . . some longer than others.

489K ratings
Currently Out of Stock: We'll get more as soon as possible
Notify Me When Available
Add to Wishlist
Format:  Blu-ray
sku:  XNJ 36445BR
Also released as:
Grown Ups for $6.50
91% recommend us! 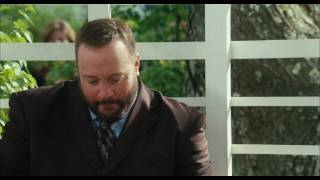 Thirty years after graduating from high school, five former basketball teammates gather at the lake house where they celebrated their biggest victory to mourn the passing of their late coach. Over the course of the Fourth of July weekend, the five friends realize that just because they've all grown up and started families doesn't mean that they've lost that old spark. Adulthood is what you make of it, and no one at the lake house is eager to be the grown-up of the gang. Adam Sandler, Chris Rock, Kevin James, David Spade, and Rob Schneider star in a film written by Sandler and Fred Wolf, and directed by Dennis Dugan (I NOW PRONOUNCE YOU CHUCK & LARRY, YOU DON'T MESS WITH THE ZOHAN). Maria Bello, Salma Hayek, and Maya Rudolph co-star.