Queen A Day at the Races 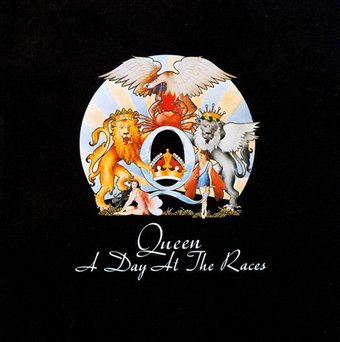 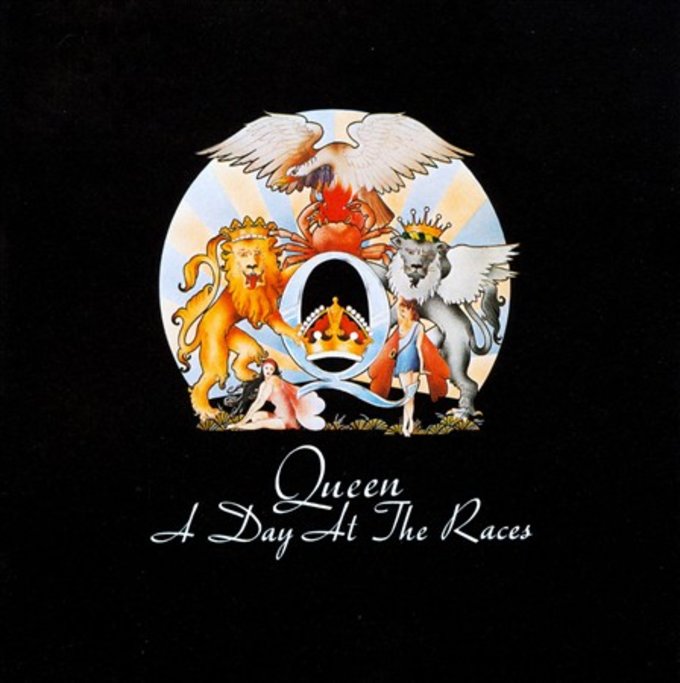 Q (Magazine) - p.118
"[T]he breadth of its ambition remains ever impressive, as doe tracks such as May's stomping 'Tie Your Mother Down' and Mercury's baroque one-two, 'Somebody To Love' and 'Gold Old-Fashioned Lover Boy.'"
Q (Magazine) - p.118
3 stars out of 5 -- "Freddie goes gospel on SOMEBODY TO LOVE and Brian services bedroom-mirror rockers everywhere with 'Tie Your Mother Down.'"
Record Collector (magazine) - p.99
3 stars out of 5 -- "The attention to sonic detail is still there..."

Queen: Brian May (vocals, guitar); Freddie Mercury (vocals, piano); Roger Taylor (vocals, percussion); John Deacon (bass).
Recorded in England between July and November 1976.
Queen: Freddie Mercury (vocals, piano); Brian May (guitar, vocals); John Deacon (bass); Roger Taylor (vocals, percussion).
Recorded in England between July and November 1976.
Personnel: Brian May (vocals, guitar); Freddie Mercury (vocals, piano); Roger Taylor (vocals, drums, percussion).
Recording information: England (07/1976-11/1976).
A DAY AT THE RACES appeared almost exactly one year later after 1975's hugely successful A NIGHT AT THE OPERA, proving to be a more-than-deserving follow-up and nearly duplicating its predecessor's success. Queen was now a master of the recording studio, utilizing every piece of technology to its fullest, which helped push such demanding tracks as "Somebody to Love" over the top. But Queen certainly wasn't just about studio tricks; the band had the strong tunes to back up its rich sound.
In addition to aforementioned gospel-tinged hit "Somebody to Love," the album features many other strong tracks--a politically-charged song about the plight of the American Indian ("White Man"), several touching love songs ("Teo Torriate," "You and I," "You Take My Breath Away"), and old-timey tunes ("The Millionaire Waltz"). Freddy Mercury and the boys also include a healthy dose of their trademark Queenly rock on "Tie Your Mother Down" and break out some excellent pop ditties in the form of "Good Old Fashioned Lover Boy" and "Long Away."