A British major stationed in Africa is accused of being a Nazi sympathizer and faces the scorn of all those around him. 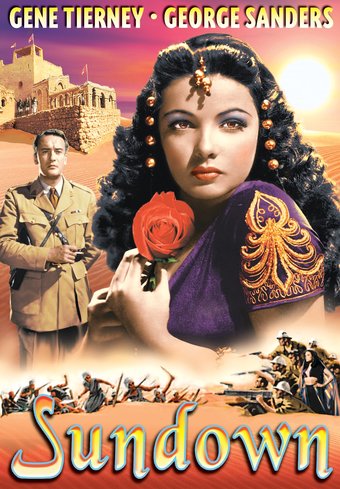 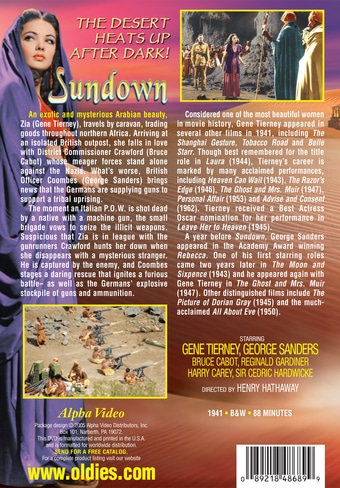 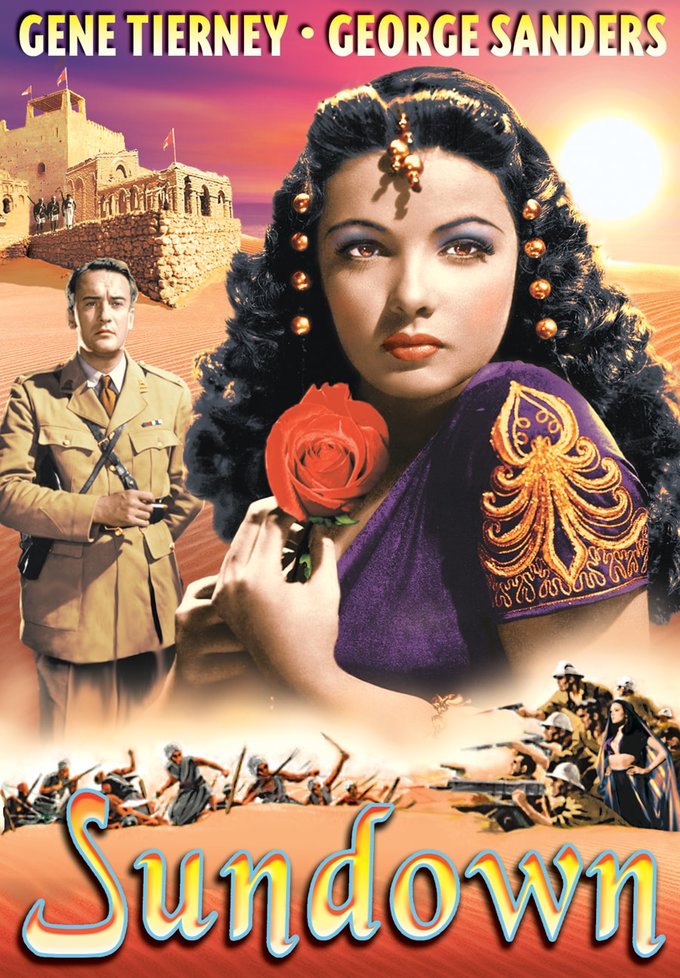 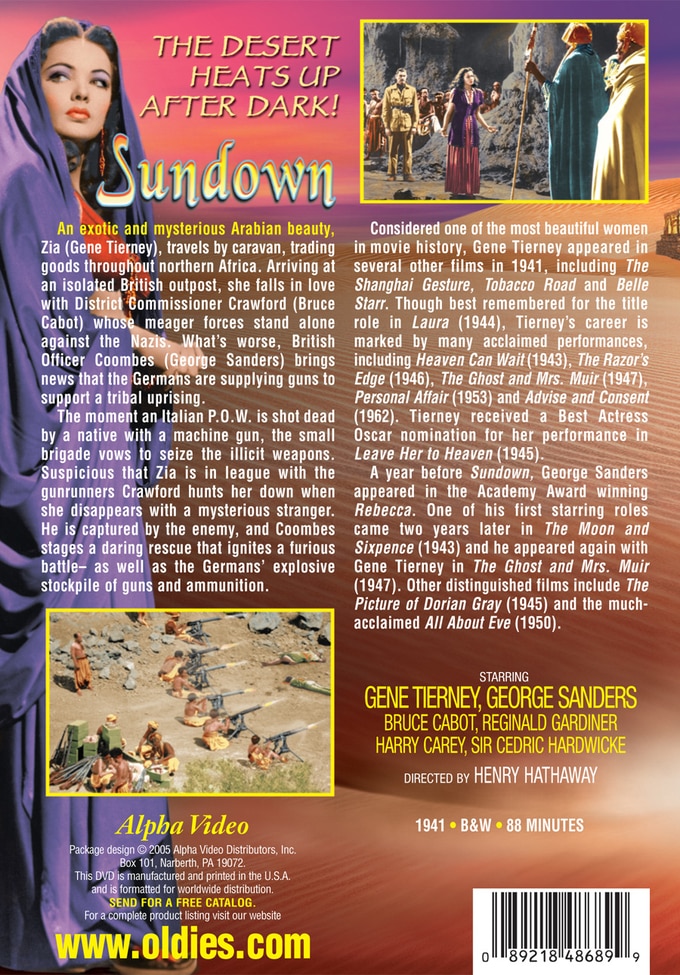 The moment an Italian P.O.W. is shot dead by a native with a machine gun, the small brigade vows to seize the illicit weapons. Suspicious that Zia is in league with the gunrunners Crawford hunts her down when she disappears with a mysterious stranger. He is captured by the enemy, and Coombes stages a daring rescue that ignites a furious battle - as well as the Germans' explosive stockpile of guns and ammunition.

Considered one of the most beautiful women in movie history, Gene Tierney appeared in several other films in 1941, including The Shanghai Gesture, Tobacco Road and Belle Starr. Though best remembered for the title role in Laura (1944), Tierney's career is marked by many acclaimed performances, including Heaven Can Wait (1943), The Razor's Edge (1946), The Ghost and Mrs. Muir (1947), Personal Affair (1953) and Advise and Consent (1962). Tierney received a Best Actress Oscar nomination for her performance in Leave Her to Heaven (1945).

A year before Sundown, George Sanders appeared in the Academy Award winning Rebecca. One of his first starring roles came two years later in The Moon and Sixpence (1943) and he appeared again with Gene Tierney in The Ghost and Mrs. Muir (1947). Other distinguished films include The Picture of Dorian Gray (1945) and the much-acclaimed All About Eve (1950).

Classic | World War II
This product is made-on-demand by the manufacturer using DVD-R recordable media. Almost all DVD players can play DVD-Rs (except for some older models made before 2000) - please consult your owner's manual for formats compatible with your player. These DVD-Rs may not play on all computers or DVD player/recorders. To address this, the manufacturer recommends viewing this product on a DVD player that does not have recording capability.

The Ghost and Mrs. Muir
$5.80 Super Savings
Add to Cart

The Iron Curtain
$19
Add to Cart

Customer Rating:
Based on 1055 ratings.


This is a pretty good WWII film about Nazi attempts to cause native rebellions in East Africa. George Sanders is his usual stiff self. Bruce Cabot is the real star of the film and the center of everything and Gene Tierney is knock-out gorgeous. The last five minutes are a let down as the film sinks into jingoism but the film was made in 1941 and I guess that's to be expected. If for no other reason than to see Gene Tierney, his is a good way to spend an hour and a half.