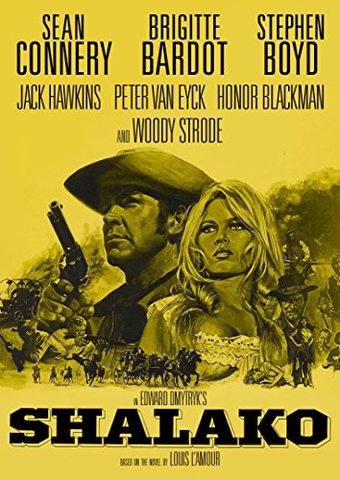 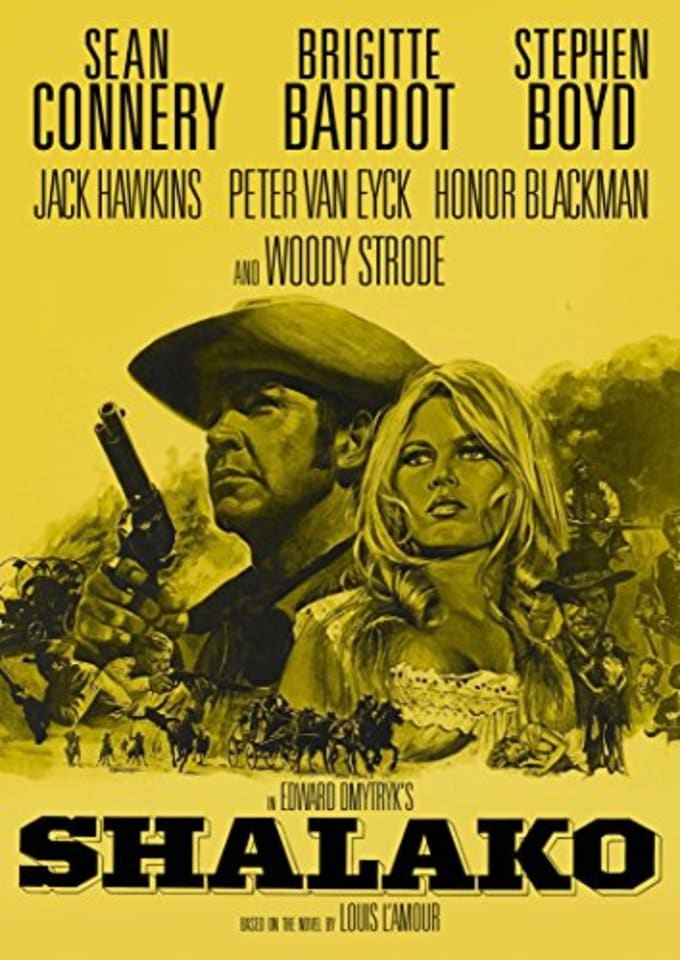 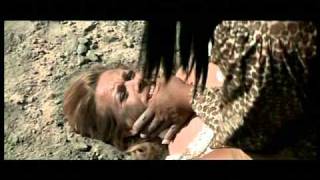 In late-19th-century New Mexico, a hunting party of decadent European aristocrats wanders onto the reservation of some angry Apaches, and it's up to the mysterious wanderer, Shalako (Sean Connery), to save them from getting slaughtered. The group includes Honor Blackman (Pussy Galore in GOLDFINGER) as the sexually restless Lady Bagget and Brigette Bardot as the sharp shooting Countess Lazaar, who (of course) falls for Shalako. It's an unusual blend of wide-open Western action and European character intrigue as the decadent aristocrats sip champagne and flirt with their unwashed, treacherous cowboy guides. Veteran director Edward Dmytryk keeps the flaming arrows flying while Connery and Bardot hold attention in this weird hybrid of American Western and European art film. (Yes, Bardot has a seminude bathing scene.) SHALAKO, based on the novel by Louis L'Amour, was filmed almost entirely outdoors amid the dark gray landscapes of Almeria, Spain, in a style undoubtedly indebted to the Sergio Leone spaghetti Westerns of the time.

Sean Connery put his dashing James Bond image behind him to portray Shalako, a wild west adventurer in this adaptation of Louis L'Amour's novel.