They're not bad girls. They're just behaving that way. 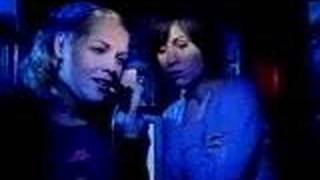 THELMA AND LOUISE meets BRIDGET JONES' DIARY in this madcap British caper starring Minnie Driver as Sharon, a young, working-class nurse struggling to survive the work-a-day world of London with her best friend Frances (Mary McCormack). One night, while Sharon and Frances are eavesdropping on cell phone calls using Sharon's deadbeat boyfriend's police scanner, they overhear a conversation detailing a top-dollar bank heist about to take place in their neighborhood. Desperate for cash and down-on-their-luck, the girls decide to go against their initial intentions to report the crime and do the unthinkable: blackmail the thieves for a cut of the money. But, what begins as a half-cocked plan turns deadly when they are faced with the ruthless ringleader of the band of thugs (Kevin McNally), who will stop at nothing to derail his new competition. This mod caper, featuring 1960s era split screens and a classic pair of bumbling detectives, is a delirious combination of screwball comedy and Guy Ritchie-inspired action. Minnie Driver and Mary McCormack are delightfully kooky as the naive nurse turned femme fatale and the aspiring actress who finally gets a chance to embody new and unusual characters. Hilarious gags and nonstop action combine to give this lively adventure a zestful and brazen energy that erupts in a powerhouse finale. HIGH HEELS AND LOW LIFES features an hysterical cast of characters including Michael Gambon who costars as an eerily feminine, Godfather-like, criminal mastermind.