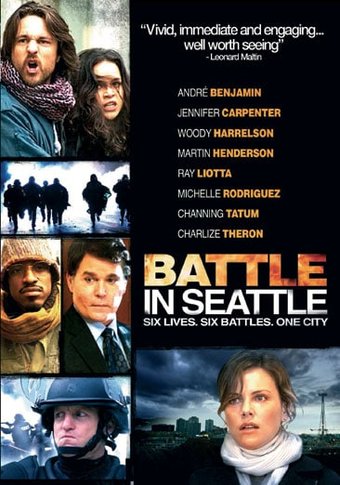 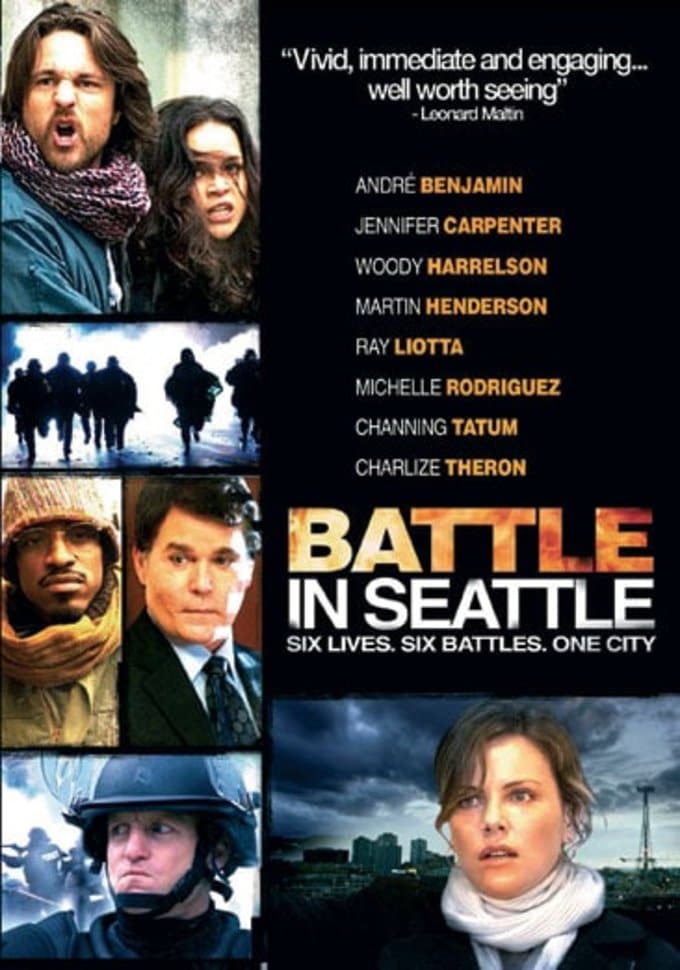 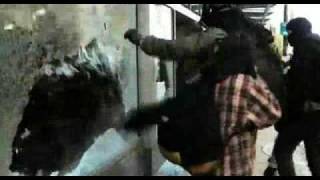 Actor Stuart Townsend (HEAD IN THE CLOUDS) makes an accomplished writing and directing debut with BATTLE IN SEATTLE, a fictionalized account of the 1999 World Trade Organization (WTO) meetings and protests in Seattle. After a lightning-quick lesson in WTO history and growing globalization concerns, we meet a cross-section of concerned individuals who will be affected by the events to come. These include hopeful activists (Martin Henderson and Michelle Rodriguez), a popular TV reporter (Connie Nielsen), a local police officer and his pregnant wife (Woody Harrelson and Charlize Theron), and a doctor anxious to raise AIDS awareness (Rade Serbedzija) at the meetings. We also meet Mayor Tobin of Seattle (Ray Liotta), who initially works with protestors to ensure peaceful demonstrations and a successful WTO conference. But when the demonstrators shut down the conference, and anarchists begin vandalizing the city, the mayor and police are pressured to make their own show of force. In the ensuing chaos and violence the different characters are forced to confront their convictions and motivations. Some will take sides with the protestors, some will be irrevocably changed, and some will find the strength to ensure that all voices are heard by the WTO. Mixing actual footage and multiple fictional storylines, Townsend's ambitious effort pays off in evenly addressing matters of both global importance and personal resonance. Filled with excellent performances and a message of cautious optimism, BATTLE IN SEATTLE is also quick to remind us that we need such upheavals to bring us together and get our world on a positive path.

56%off
Beyond a Reasonable Doubt
$3.98 Super Savings
Add to Cart

The Weather Underground
$19
Add to Cart