What Lies Beneath PG-13

He was the perfect husband until his one mistake followed them home. 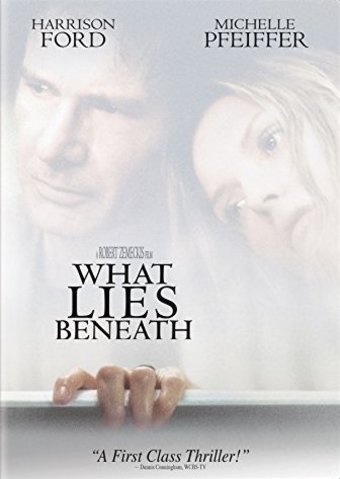 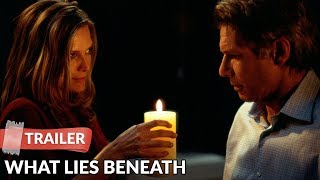 Robert Zemeckis takes a page right out of Hitchcock and runs with it in the spooky supernatural thriller WHAT LIES BENEATH. Dr. Norman Spencer (Harrison Ford) and his wife, Claire (Michelle Pfeiffer), seem to have the perfect life: a loving marriage, a daughter just entering college, and a beautiful home on the water in Vermont. But what lies beneath this idyllic existence are secrets that will rip everything apart.

Dr. Spencer is an award-winning scientist whose work is threatening to consume his life; meanwhile, his wife is trying to deal with empty-nest syndrome now that her beloved daughter has gone off to college. Strange things start happening around the house, and Claire starts believing that the man next door murdered his wife and that the wife is trying to contact her from beyond the grave. Dr. Spencer is worried that Claire needs psychological help; he refuses to believe that their house is haunted. But as more and more dangerous events unfold, a frightening truth threatens to destroy everything. Robert Zemeckis's modern-day ghost story trembles with threatening close-ups, a powerful musical score--and lots of terror. And it does for bathtubs what Alfred Hitchcock did for showers.

This chilling romantic mystery from director Robert Zemeckis (FORREST GUMP, CONTACT, BACK TO THE FUTURE) casts Harrison Ford and Michelle Pfeiffer as a quiet couple living in the hills of Vermont. However, when they begin seeing visions of a woman who is haunting their house, the husband confesses that it is the ghost of a young girl with whom he had an affair--and who might have been murdered. A sexy and suspenseful film, WHAT LIES BENEATH will keep viewers on the edge of their seats.

16%off
The Mothman Prophecies
$12.60 Super Savings
Add to Cart