The Lone Rider confronts greedy outlaws who plan to take over valuable ranch land through extortion and murder. 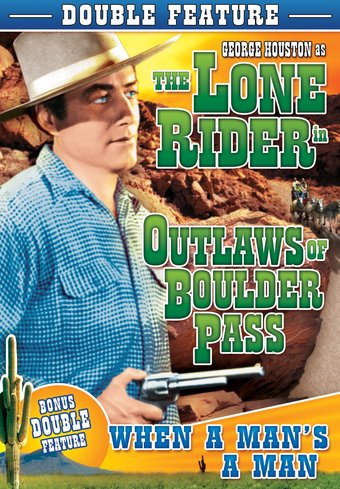 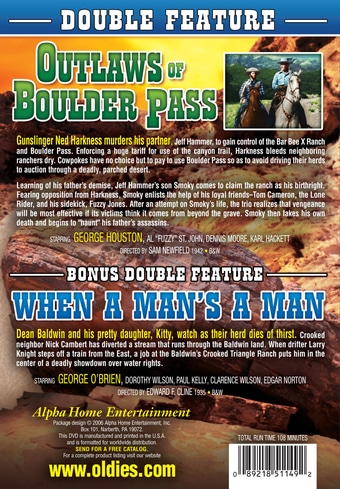 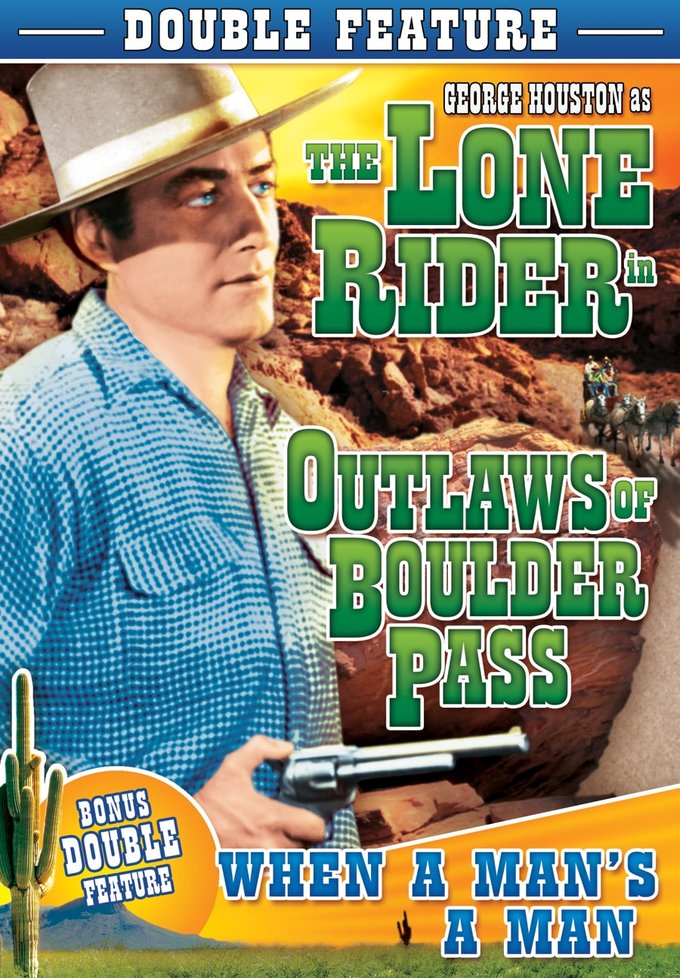 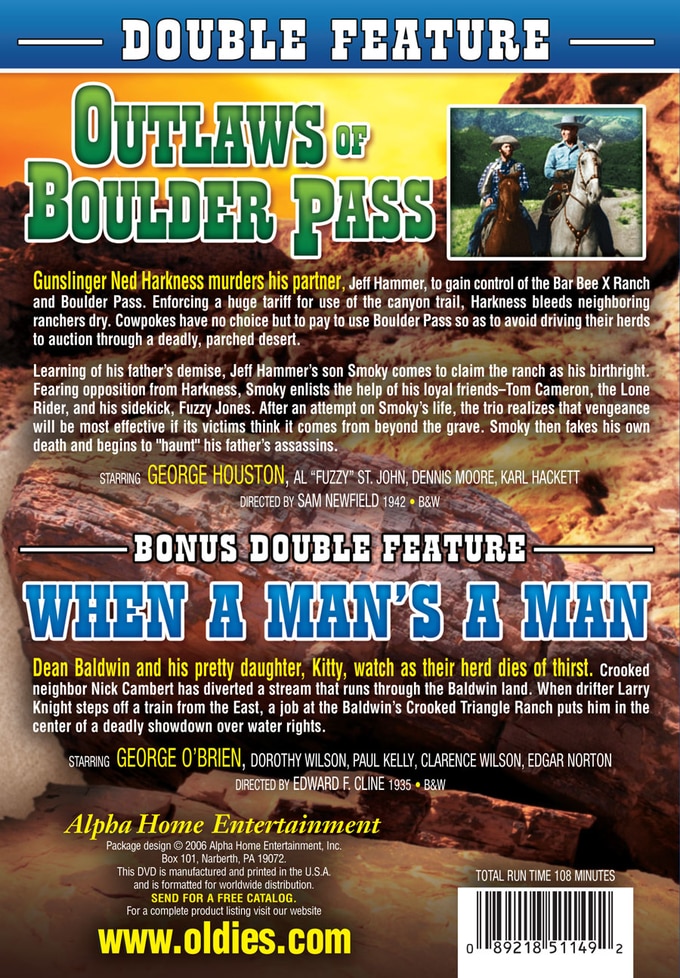 The Lone Rider: Outlaws of Boulder Pass (1942, B&W): Gunslinger Ned Harkness murders his partner, Jeff Hammer, to gain control of the Bar Bee X Ranch and Boulder Pass. Enforcing a huge tariff for use of the canyon trail, Harkness bleeds neighboring ranchers dry. Cowpokes have no choice but to pay to use Boulder Pass so as to avoid driving their herds to auction through a deadly, parched desert.

Learning of his father's demise, Jeff Hammer's son Smoky comes to claim the ranch as his birthright. Fearing opposition from Harkness, Smoky enlists the help of his loyal friends... Tom Cameron, the Lone Rider, and his sidekick, Fuzzy Jones. After an attempt on Smoky's life, the trio realizes that vengeance will be most effective if its victims think it comes from beyond the grave. Smoky then fakes his own death and begins to "haunt" his father's assassins. Starring George Houston, Al "Fuzzy" St. John, Dennis Moore and Karl Hackett; Directed by Sam Newfield.

When a Man's a Man (1935, B&W): Dean Baldwin and his pretty daughter, Kitty, watch as their herd dies of thirst. Crooked neighbor Nick Cambert has diverted a stream that runs through the Baldwin land. When drifter Larry Knight steps off a train from the East, a job at the Baldwin's Crooked Triangle Ranch puts him in the center of a deadly showdown over water rights. Starring George O'Brien, Dorothy Wilson, Paul Kelly, Clarence Wilson and Edgar Norton; Directed by Edward F. Cline.

Heroes | Cowboys
This product is made-on-demand by the manufacturer using DVD-R recordable media. Almost all DVD players can play DVD-Rs (except for some older models made before 2000) - please consult your owner's manual for formats compatible with your player. These DVD-Rs may not play on all computers or DVD player/recorders. To address this, the manufacturer recommends viewing this product on a DVD player that does not have recording capability.

25%off
The Lone Rider: Overland Stagecoach
$5.95 on Sale
Add to Cart

25%off
Lone Rider Double Feature: The Lone Rider in Frontier Fury...
$5.95 on Sale
Add to Cart