To Catch a Thief

WANTED by the police in all the luxury-spots of Europe!... A catch for any woman! 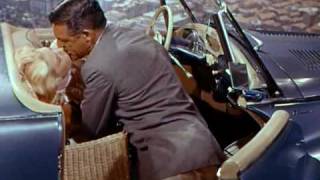 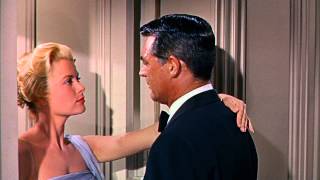 To Catch A Thief - Trailer 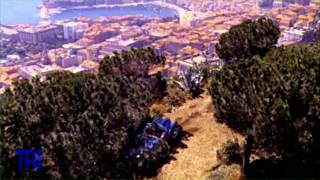 John Landis on TO CATCH A THIEF (Featurette)

A supposedly reformed cat burglar, out to prove himself innocent of a recent crime spree, tries to capture the thief who's terrifying the French Riviera. Cary Grant is devastatingly elegant as the reformed thief, John Robie, and charming enough to attract the attention of the lovely Frances Stevens (Grace Kelly), a wealthy and spoiled American traveling the Riviera with her widowed mother (Jessie Royce Landis). However, things do not begin on a romantic note. Robie is more interested in clearing his name than in pursuing the beautiful American, but the two will not go their separate ways so easily. When Mrs. Stevens has her jewels stolen, the snubbed Frances puts the police on Robie's trail. Now the dashing Robie will have to win the confidence and assistance of Frances if he is to ever set things right. The stars are radiant together, with an entrancing chemistry that sparkles, especially in the impromptu ad-libbed dialogue of the picnic scene. A series of elaborate set pieces combined with dramatic Riviera scenery make the film an enduring glamorous spectacle, featuring a fireworks kissing scene that is truly a classic.

Alfred Hitchcock directed this light, thoroughly entertaining comedy-drama in which a reformed cat burglar, to prove himself innocent, tries to capture the thief who's terrifying the French Riviera. He is assisted by a rich, young American woman, and as they track down the thief, they fall in love with one another.
The film offers many beautifully photographed scenes of the Riviera, including a now-classic fireworks sequence.

The Man Who Knew Too Much
$19
Add to Cart