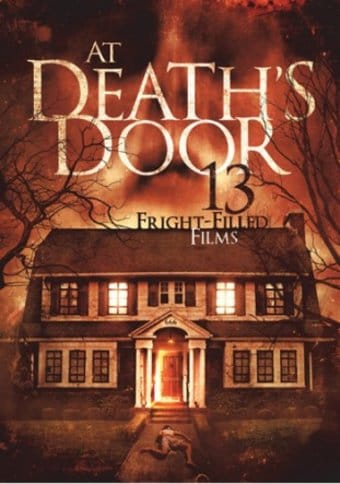 A newlywed couple moves into their new home and are ready to settle into their new life together. After settling in, the couple begins experiencing some strange occurrences in the home and discovers, to their horror, the truth behind them. It seems the former owners of the home were a newlywed couple that committed suicide years before and are now haunting the place.

After a terrible car accident twenty years ago killed his father and sister, a man returns to his family home with his wife and daughter. The daughter takes up residence in her deceased aunt's room and, after finding some of her possessions, becomes possessed by her spirit. Soon strange happenings and mysterious deaths begin to occur in the household as the possessed girl lashes out at those around her.

A young woman arrives at her grandmother's place to help convert it over to a bed and breakfast inn from the funeral home which was operated by her recently departed grandfather. After completing the change and guests begin to arrive, the granddaughter hears strange noises from the basement and finds some of the guests have disappeared. Getting nowhere with the police, the granddaughter decides to get to the bottom of the mystery by going down to the locked cellar to see what's inside.

A woman who had a nightmarish childhood due to her abusive mother has become engaged to a caring photographer. As her wedding date grows near, some mysterious occurrences cause the woman to fear her families' legacy. The story her mother told her about 'lurkers' coming to get her may be more than an old wife's tale.

Don't Look in the Basement

A new nurse arrives to begin work at a mental hospital only to discover that the head doctor has been murdered by one of the patients and a new doctor is in charge. Faced with ever increasing harassment from the patients, the nurse fears she may have made a mistake in taking the job. The nurse soon discovers that the new head doctor is not whom they appear to be and that she is in terrible danger.

A woman and her lover murder her invalid physician husband in order to take his fortune and live their lives together. Watched by the physician's faithful housekeeper, the two lovers begin searching for the money they believe is hidden upon the grounds of the estate. When mysterious occurrences begin to happen to the couple, they suspect that the physician's ghost has appeared to seek revenge for their crime.

An aged millionaire passes on and leaves his four children his large fortune. According to his will, the four heirs must spend one week at his estate in order to split up the fortune. If any of the heirs leave or die before the week is out, the remaining children will receive the money and if all the heirs are gone, the servants will gain the inheritance. Once everyone has arrived at the estate and settled in, strange things begin to happen and the heirs begin to turn up dead. Who is killing them and can the remaining heirs find out before it's too late?

A young couple joins a group of travelers stranded at a fog-bound mansion to wait out the bad weather.

While everyone tries to deal with each other, they must also contend with the creepy surroundings of the ancient manor and its adjoining cemetery. When the guests are beset upon by the unliving residents from the graveyard, they must try to band together in order to survive the nightmare.

A pianist dumps his singer girlfriend and becomes engaged to a young socialite from an affluent island community, which infuriates the singer. A confrontation, between the pianist and the singer at the top of a lighthouse, results in her falling to her death to the rocks below. The pianist tries to keep the death quiet while proceeding with the wedding plans but finds it impossible when the deceased singer begins to haunt him.

A newlywed couple returns from their honeymoon to the estate of the man's late wife. The bride, a wealthy but extremely neurotic woman, uneasily settles into the home, walking the gardens of the estate that are meticulously kept by a strange gardener following the wishes of the deceased woman. The new lady of the house is tormented by the sudden appearance of skulls throughout the house and grounds. Is it the deceased woman coming back to drive her away or are there more sinister motives behind the skulls?

Eccentric Frederick Loren (Vincent Price) and his wife have invited 5 guests to a "house" party at the mysterious mansion on Haunted Hill, which is reported to be inhabited by evil spirits. Each guest is given a small coffin holding a gun and is informed that those who remain in the house until sunrise will receive $10,000. Frights and thrills fill the night as nerves are put on edge and the guest's secrets start coming to light.

In an early career appearance, Jack Nicholson stars as Lieutenant Duvalier, a nineteenth century military officer whose dreams are haunted by a mysterious beauty (Sandra Knight). Those same dreams draw him to the sinister castle of Baron Von Leppe (Boris Karloff), but is it really the Baron or an imposter? Before he knows it, he finds himself a prisoner and frantically tries to solve the mysteries that surround him. Director Roger Corman collaborated with other directors, including Francis Ford Coppola, in the filming of this horror classic.

Terror Creatures from the Grave

An attorney travels to his client's castle to conduct some business when he learns upon arriving for the meeting the client died almost a year ago. The client's widow and daughter then tell the attorney an incredible tale of how the owner was able to revive the spirits of long-deceased plague victims and how his spirit roams the halls of the castle. Doubting their story, the attorney begins to reconsider when a rash of mysterious deaths occur at the castle.