Experience it. Enjoy it. Just don't fall for it. 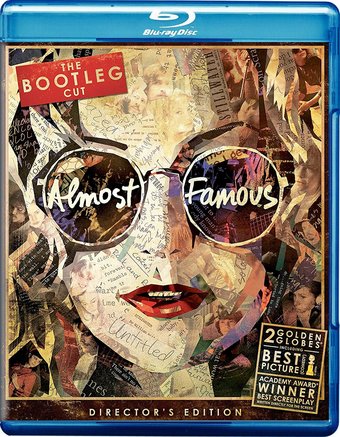 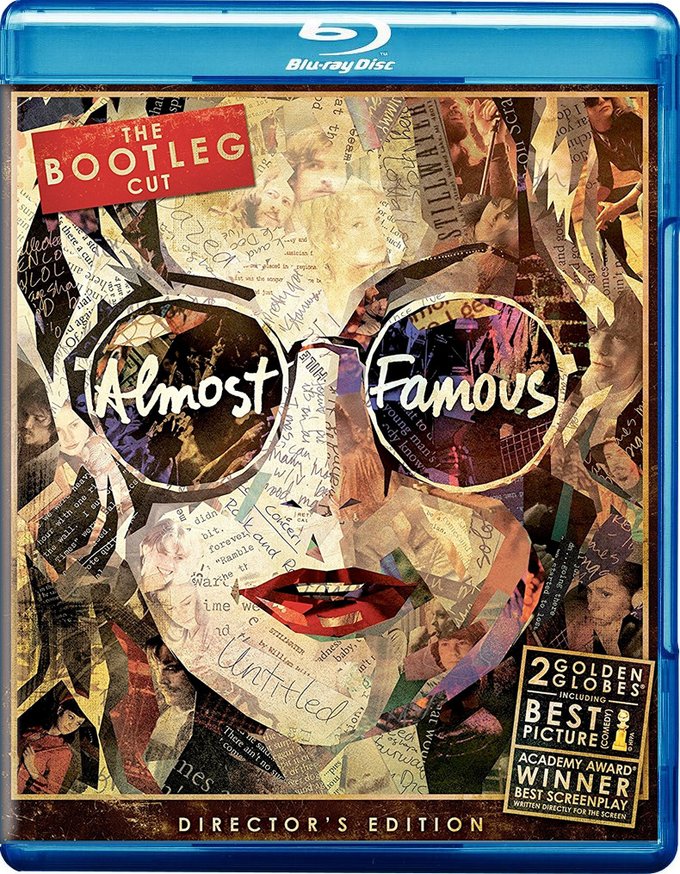 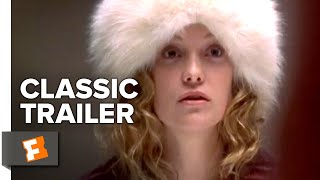 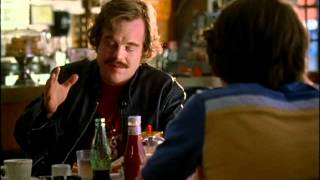 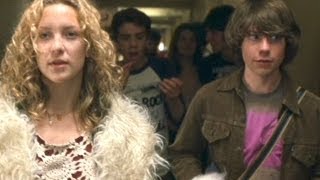 "Do not take drugs!"
- Mrs. Miller (Frances McDormand), repeatedly throughout the film, to her son, William (Patrick Fugit)
"How old are you'"--Penny Lane (Kate Hudson)
"18."--William
"Me too! How old are we really'
"17."--William
"Me too!"--Penny
"Actually, I'm 16."--William
"Me too. Isn't it funny' The truth just sounds different."--Penny
"I'm 15."
- William
"Rock & roll is a lifestyle...and a way of thinking, and it's not about money and 'popularity!' Although, some money would be nice....And the chicks are great."
- Jeff Bebe (Jason Lee)
"Opie must die!"
- the Band-Aids (Fairuza Balk and Anna Paquin) to William
"I am a golden god!"
- Russell Hammond (Billy Crudup), standing on a rooftop at a party while on acid
"Tell Rolling Stone that my last words were...'I'm on drugs!'"
- Russell to William
"Is it that hard to make us look cool'!"
- Jeff
"The only real currency in this bankrupt world is what we share with each other when we're being uncool."
- Lester Bangs (Philip Seymour Hoffman) to William
"I know you've heard this before. And I have never said this to anybody, not really--well, nobody who didn't legally have to say it back to me, but--I love you, and I'm about to go where...many men have gone before."
- William to Penny, while she's nearly passed out on drugs

Cameron Crowe's career trajectory reads like a true Hollywood story--he started out as a 15-year-old writing for Rolling Stone magazine and eventually ended up writing, directing, and acting in movies. His poignant writing style reflects the nostalgia and humor of an era, with bits of pop culture and musical history and trivia woven in. This has proven to be a highly successful formula, as in the 1989 emo love story SAY ANYTHING, and the '90s grunge rocker hit SINGLES.

Crowe's ALMOST FAMOUS is a semiautobiographical account that tells the story of a teen journalist, William Miller (Patrick Fugit), who goes on the road with an up-and-coming rock band called Stillwater. Though Miller's mentor, legendary rock critic Lester Bangs (portrayed with humor and heart by Philip Seymour Hoffman), cautions him not to befriend the musicians, Miller takes it a step further and befriends both the band and the Band-Aids--the girls who hang around with the band because they love the music. Miller is in for a wild ride around the country, to thrilling concerts and debauched backyard parties, living the life many 15-year olds dream about. He discovers that beneath the glittery façade of rock stardom are sometimes bittersweet life lessons and mild doses of heartbreak. More impacting are the friendships he finds with his glamorous travel companions. Newcomer Fugit is the perfect William Miller: baby-faced, slightly gawky, and an awestruck observer. Kate Hudson sparkles as Penny Lane, the leader of the Band-Aids, and Frances McDormand delivers a stellar performance as Elaine, Miller's protective and mildly paranoid mother. In the tradition of SAY ANYTHING and JERRY MAGUIRE, Crowe's coming-of-age tale is intelligent, well-written, and memorable.