Get email alerts for Neil Young
Currently Out of Stock: We'll get more as soon as possible
Notify Me When Available
Add to Wishlist
Format:  CD
sku:  6FKD8
92% recommend us! 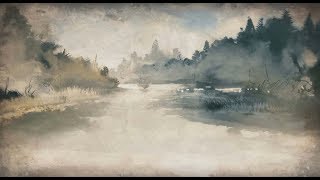 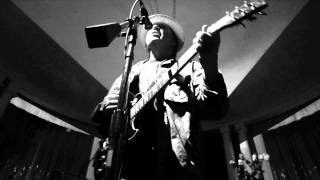 Rolling Stone
4.5 stars out of 5 -- "[T]his is a buried-treasure mother lode --10 newly unearthed studio recordings, cut in one acoustic session, on August 11th, 1976."
Spin
"Young has said that he initially conceived of Hitchhiker as a 'complete piece,' and this is the album's real revelation. Years or decades later, nearly all of these songs grew up and went off to inhabit distant corners of their creator's catalog and identity..."
Magnet
"More than any other rocker of the '60s and '70s, Young was able to switch from high-decibel crunch to bare-bones acoustic and still keep his edge."
Paste (magazine) - "HITCHHIKER captures Neil Young in peak creative form. Recorded in one sitting on the night of August 26, 1976 at a studio in Malibu, the album showcases ten solo acoustic songs, many of which later became fan favourites..."

Audio Mixer: David Briggs .
Recorded over the course of one lazy, stoned day in Malibu in 1976, Hitchhiker was never bootlegged, unlike Homegrown and Chrome Dreams, its unreleased cousins from the mid-'70s. Neil Young first let its existence be known in 2014, when he mentioned a 1976 solo acoustic session recorded with longtime producer David Briggs that was "a complete piece." Most of the songs from that complete piece drifted out in different versions over the years, starting with the appearance of "Campaigner" on 1977's Decade -- the only time a song from this session saw the light of day prior to its complete release in 2017 -- running through three songs on Rust Never Sleeps and ending in 2010, when "Hitchhiker" showed up on Le Noise. At the time of the release of that Daniel Lanois-produced record, Young claimed that "Hitchhiker" was left "unfinished" until 2010, but any longtime Young watcher knows he's at his best when he doesn't tie up loose ends, which is one of the reasons Hitchhiker is compelling. Although Young is correct when he claims Hitchhiker is a "complete piece" -- it sustains a dusky sweetness from beginning to an end -- it is certainly not a polished album. Often, it feels as if Young is singing with no intention of his music being heard by a wider audience, but the presence of Briggs at the board means this doesn't sound like a ragged demo. Instead, Hitchhiker holds together as a mood piece, an album where Young slowly reckons with a new dawn after surviving a hectic mid-'70s. It is the epilogue to his "Ditch Trilogy," the descent into darkness that began with 1973's Time Fades Away and ended with 1975's Tonight's the Night, an album where the melancholy undercurrent never overwhelms the suggestion of cautious optimism. This delicate tone is what separates Hitchhiker from the shelved Chrome Dreams or Rust Never Sleeps, the two records that rely so heavily on shared material with this album. Those records are assured and confident, the work of somebody who has shaken off the ghosts who were stalking him. On Hitchhiker, Young still isn't certain if he's exorcized those demons, and that unease gives just enough complexity to the album's soothing ebb and flow. ~ Stephen Thomas Erlewine