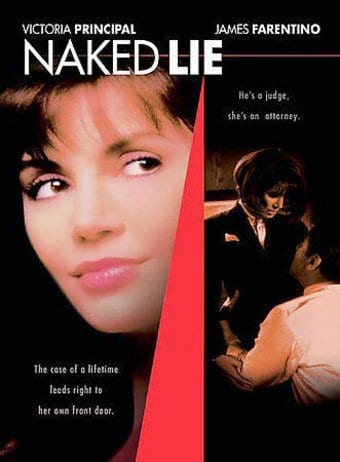 A San Diego-based Assistant District Attorney, Joanne Dawson (Victoria Principle), becomes embroiled in some salacious scandal in director Richard A. Colla's NAKED LIE. When a prostitute is murdered, her pimp is arrested as the prime suspect. Judge Jonathan Morris (James Farentino) presides over the court case, with Dawson acting as the chief prosecuting attorney. Unknown to the court, Dawson is involved in a passionate affair with Morris, which frequently leads to violent sexual encounters between the courtroom couple. But when clues in the case suggest that Morris could have been involved in the murder, it leads to some tough life choices for the beleaguered, and highly-sexed, attorney.