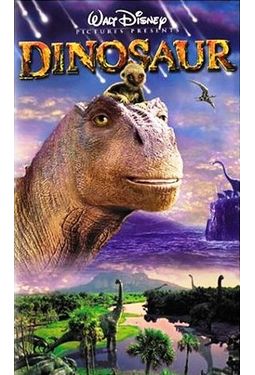 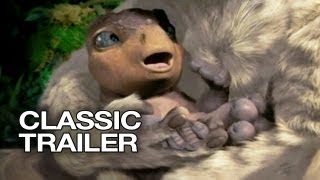 Join the action-packed adventure of a group of dinosaurs overcoming enormous challenges through courage, loyalty, and hope in Disney's DINOSAUR, a special effects phenomenon! Set 65 million years ago, DINOSAUR tells the compelling story of an iguanodon named Aladar, who is separated from his own kind and raised by a clan of lemurs, including the wisecracking Zini and the compassionate Plio. When a devastating meteor shower plunges their world into chaos, Aladar and his family follow a herd of dinosaurs heading for the safety of the "nesting grounds." Along the way, Aladar befriends Baylene, the dignified, elderly brachiosaur with a take-no-prisoners attitude; Eema, the unstoppable styrachosaur; and Neera, a feisty fellow iguanodon. Together, they must stand strong amid food and water shortages, the threat of attacks by carnotaurs, and Aladar's run-ins with the herd's stubborn leader, Kron. As the trip becomes one pulse-quickening adventure after another, it also forges friendships that no hardship can destroy. A landmark in filmmaking technology, Disney's DINOSAUR is a breathtaking spectacle filled with adventure, fun, and life lessons that the whole family will love!

Home on the Range
$6 Super Savings
Add to Cart

Riki-Oh: The Story of Ricky
$13.10 Super Savings
Add to Cart

The Land Before Time
$9.80 Super Savings
Add to Cart

25%off
Betty Boop Cartoon Classics
$5.95 on Sale
Add to Cart