He's got to face a gunfight once more to live up to his legend once more. To win just one more time. 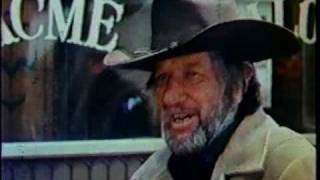 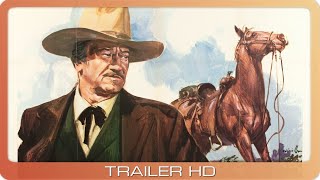 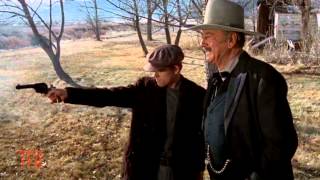 John Landis on THE SHOOTIST (Featurette)

John Wayne, in his last film appearance, stars as famed gunfighter J.J. Brooks. After learning from Dr. Hostetler (James Stewart) that he's dying of stomach cancer and has no more than two months to live, he moves into a boarding house in Carson City run by Bond Rogers (Lauren Bacall) and her son, Gillom (Ron Howard), to die quietly. But when word gets around that the old gunslinger is in town, curiosity seekers come out of the woodwork to get a look, and the ridiculous local marshal (Henry Morgan) contemplates a showdown with the legend. Annoyed by the attention and realizing that if he waits long enough, he'll die in great pain, Brooks decides to seek out his enemies and go down with guns blazing. Yet he works to persuade the hero-worshiping Gillom to foreswear the life of violence he's led. Director Don Siegel fashions a poignant, gracious farewell to the great star, who, like his character, was dying of cancer as the film was being shot. A stellar cast, which includes Western stalwarts such as Richard Boone, Hugh O'Brian, John Carradine, and Johnny Crawford, adds much to the film's resonance. As much a meditation on the burden of celebrity as an elegy for the Old West, it's most revealing in its star's final renunciation of violence.

A legendary gunman discovers he's dying of cancer. He wants to die in peace but is plagued by people wanting too much of his time and his memories. To escape them, he decides to speed his death along by challenging three of the most notorious men in the region to a shootout.