All People
by Michael Franti / Spearhead

Rolling Stone: 3.5 stars out of 5 -- "Well-crafted, unfailingly likable, the music hints at his activist-sage roots..." 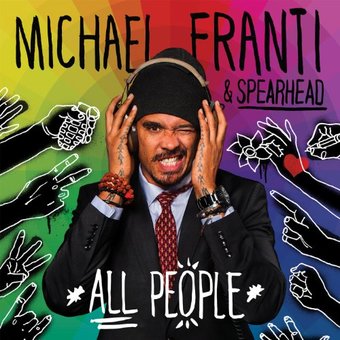 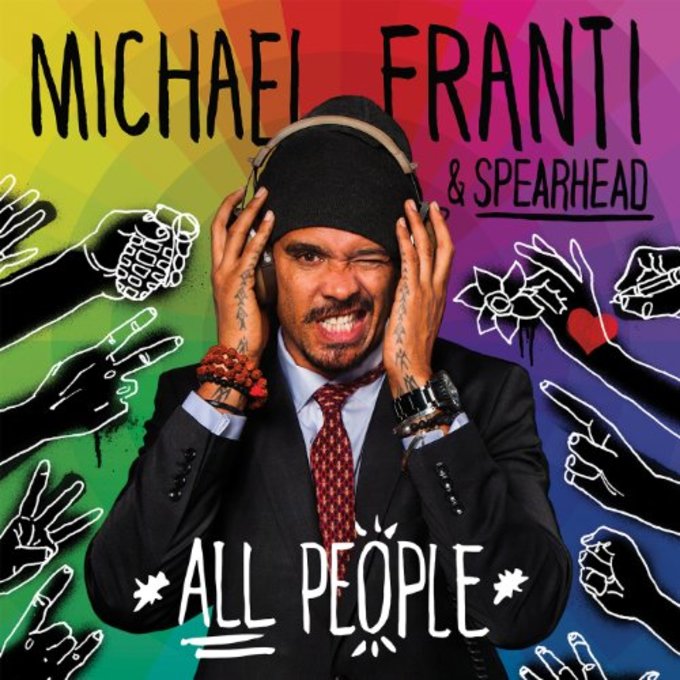 Personnel: Michael Franti (vocals, guitar); Raliegh J. Neal II (keyboards); Manas Itene (drums).
Recording information: Germano Studios, New York, NY; Michael Franti's House, San Francisco, CA; Scott's Studio, Los Angeles, CA; Spicemix Studios, San Francisco, CA.
Photographer: Jay Blakesberg.
Michael Franti's evolution from pissed-off punk to flip-flop-wearing jam band man is fascinating because he's come off as sincere on either end, and with his 2013 release, he continues to confuse and sooth in equal measure. Good news is, the confused feeling fades once the sun-drenched, feel-good vibes of the latter sink in, with "I'm Alive (Life Sounds Like)" offering the most immediate relief from the drudgery of the day, coming off as a sing-along, clap-along, or whistle-along triple threat for the nighttime campfire hippie set. The opening title track is the same vibe with pop and slickness carrying its message of unity to the people, while "11:59" uses jam band melodies and hip-hop beats to persuade listeners to join Franti's chant for peace. One more round of "Hallelujah" and All People would come off as a commune soundtrack never meant to be experienced alone, but with the smooth, miniature techno of "Long Ride Home" the album takes a winning turn for the personal and small. The punchy "Earth from Outer Space" with fellow peacemaker K'NAAN puts some big-bottomed reggae into the album's flow, then "Closer to You" builds from intimate to uplifting before the psychedelic relic "Wherever You Are" reminds listeners that the Beatles were dazzling during their acid days. Approaching the album in any cynical matter will ruin the whole show, and even if it seems some songs share the same sentiment to the point of redundancy, All People is about feeling good and hopeful. Split this collection of peace and sunshine down the middle for greatest effect. ~ David Jeffries