A blast of drama when a city mob hides out in the country! 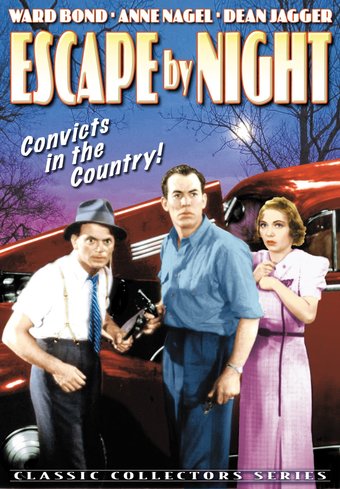 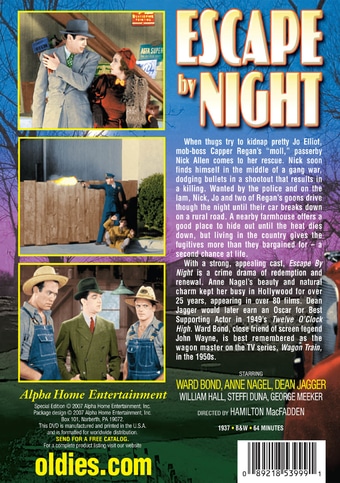 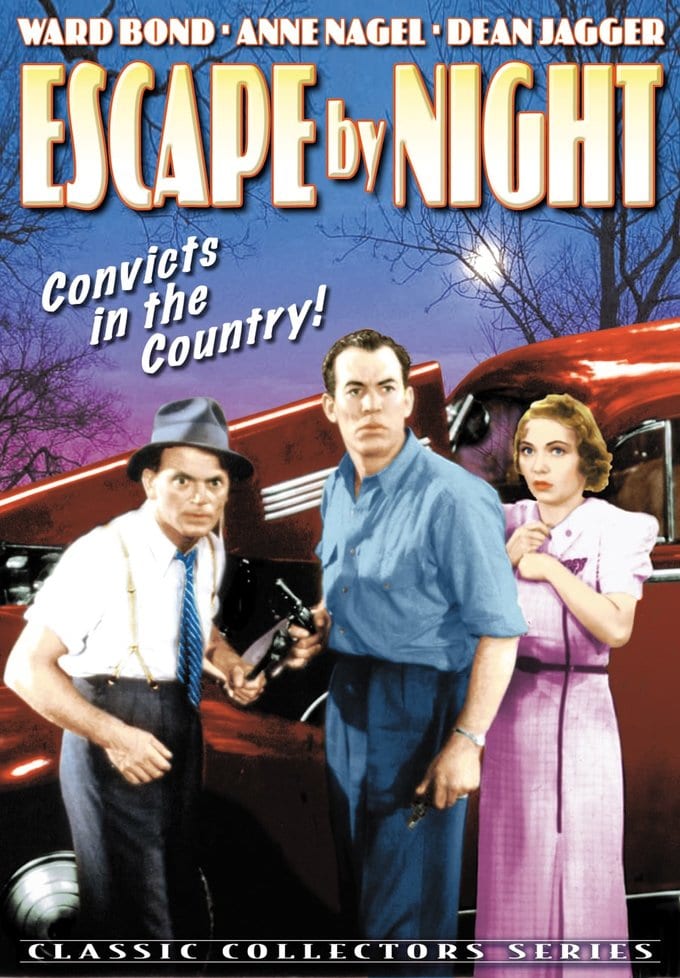 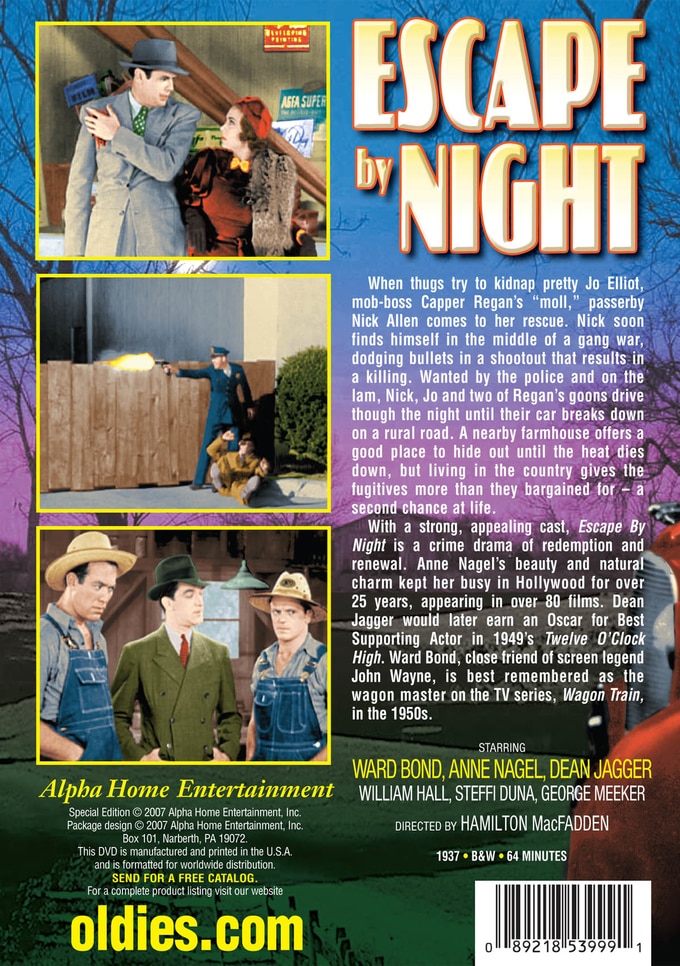 When thugs try to kidnap pretty Jo Elliot, mob-boss Capper Regan's "moll," passerby Nick Allen comes to her rescue. Nick soon finds himself in the middle of a gang war, dodging bullets in a shootout that results in a killing. Wanted by the police and on the lam, Nick, Jo and two of Regan's goons drive though the night until their car breaks down on a rural road. A nearby farmhouse offers a good place to hide out until the heat dies down, but living in the country gives the fugitives more than they bargained for - a second chance at life.

With a strong, appealing cast, Escape By Night is a crime drama of redemption and renewal. Anne Nagel's beauty and natural charm kept her busy in Hollywood for over 25 years, appearing in over 80 films. Dean Jagger would later earn an Oscar for Best Supporting Actor in 1949's Twelve O'Clock High. Ward Bond, close friend of screen legend John Wayne, is best remembered as the wagon master on the TV series, "Wagon Train," in the 1950s.

Innocent passerby Nick Allen becomes involved in Mob activities when he rescues a woman who is being kidnapped. The woman is the "moll" of an influential crime boss, and Nick soon finds himself on the run from both the Mob and the law in this thriller from 1937.

Customer Rating:
Based on 218 ratings.


This story of on-the-lam gangsters reforming after being exposed to the simple rural life might have seemed unacceptably hokey if it weren't so well done. All the performances are believable, including firecracker Steffi Duna and good-looking lead man William Hall, who never had the career he might have had. Good early turns from Dean Jagger and Ward Bond add to viewer interest. And the print of this 1937 Republic picture is surprisingly good for its age.