This dramatic tale of family loyalty and betrayal remains one of the greatest all-black cast films ever made / A New York producer is looking for new talent in this classic all-black cast musical. 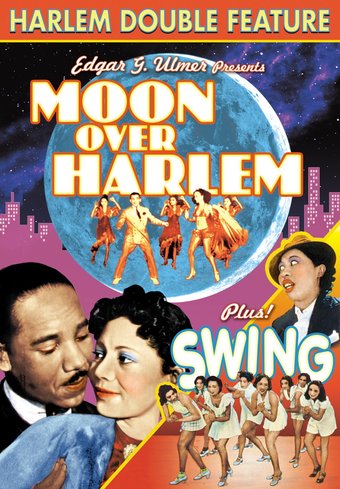 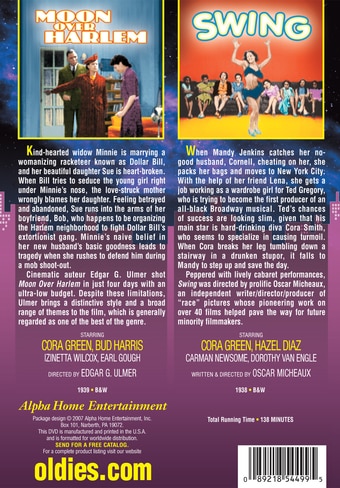 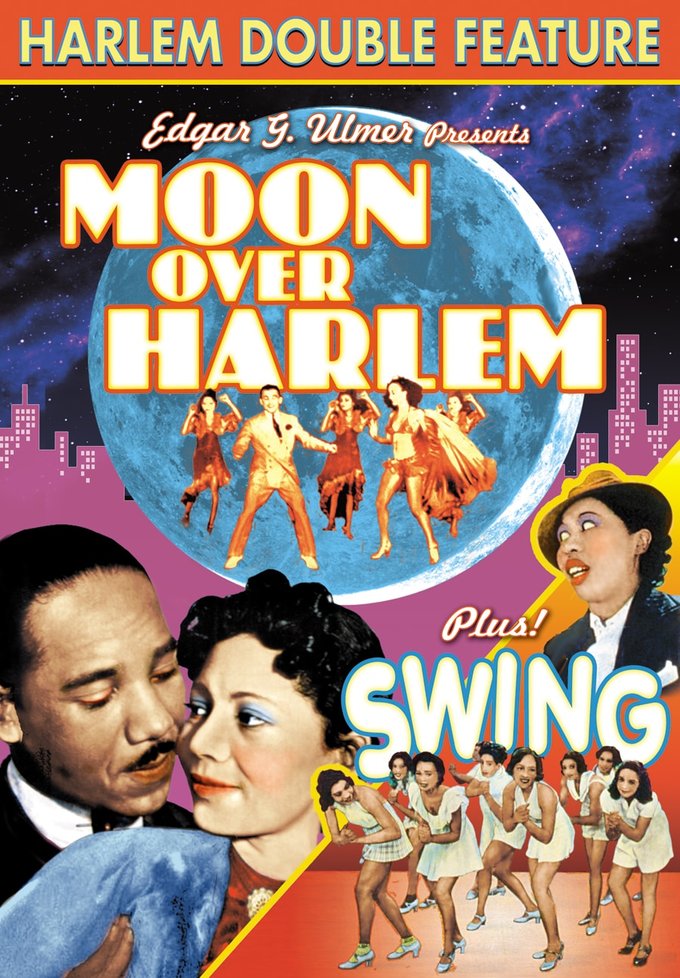 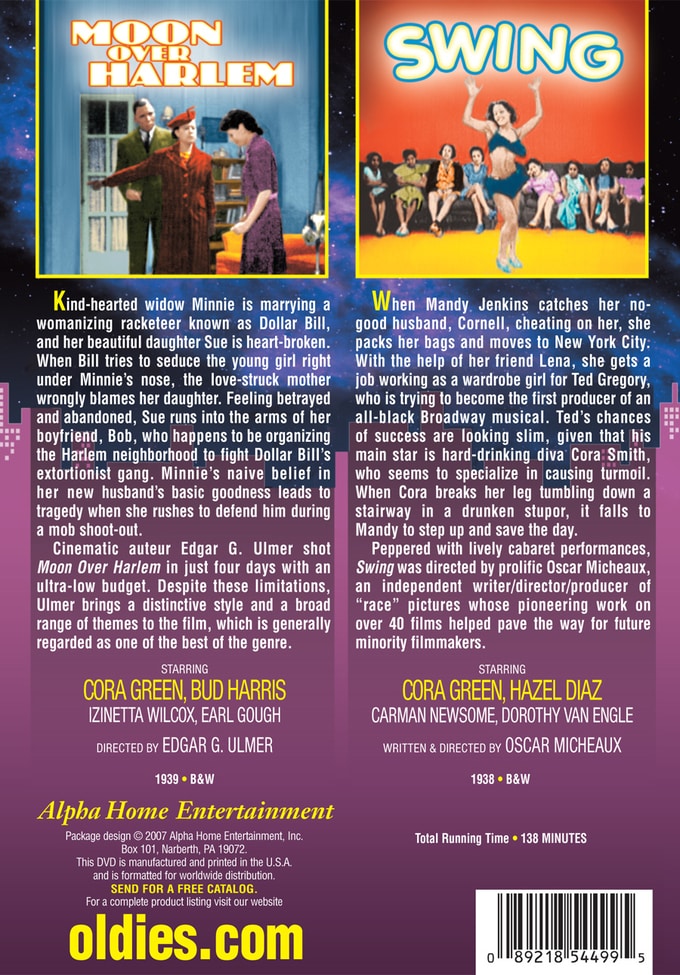 Moon Over Harlem (1939, B&W): Kind-hearted widow Minnie is marrying a womanizing racketeer known as Dollar Bill, and her beautiful daughter Sue is heart-broken. When Bill tries to seduce the young girl right under Minnie's nose, the love-struck mother wrongly blames her daughter. Feeling betrayed and abandoned, Sue runs into the arms of her boyfriend, Bob, who happens to be organizing the Harlem neighborhood to fight Dollar Bill's extortionist gang. Minnie's naive belief in her new husband's basic goodness leads to tragedy when she rushes to defend him during a mob shoot-out.

Cinematic auteur Edgar G. Ulmer shot Moon Over Harlem in just four days with an ultra-low budget. Despite these limitations, Ulmer brings a distinctive style and a broad range of themes to the film, which is generally regarded as one of the best of the genre.

Swing (1938, B&W): When Mandy Jenkins catches her no-good husband, Cornell, cheating on her, she packs her bags and moves to New York City. With the help of her friend Lena, she gets a job working as a wardrobe girl for Ted Gregory, who is trying to become the first producer of an all-black Broadway musical. Ted's chances of success are looking slim, given that his main star is hard-drinking diva Cora Smith, who seems to specialize in causing turmoil. When Cora breaks her leg tumbling down a stairway in a drunken stupor, it falls to Mandy to step up and save the day.

Peppered with lively cabaret performances, Swing was directed by prolific Oscar Micheaux, an independent writer/director/producer of "race" pictures whose pioneering work on over 40 films helped pave the way for future minority filmmakers.

This release contains a double feature of two rare skid-row productions of films set in a 1930's Harlem, without falling into the typical racial stereotypes of the day. First on the bill is legendary B-director Edgar G. Ulmer's A MOON OVER HARLEM, where a no-good gangster corrupts his innocent wife and daughter. Next up is SWING, written and directed by African American cinema icon Oscar Micheaux, which follows the exploits of a producer who's trying to put on Broadway's first all black musical.