Snuffy Smith grows tired of dodging revenue agents and joins the army / Mayhem ensues in a small town when a sow gives birth to a Guinness Book of World Records' litter. 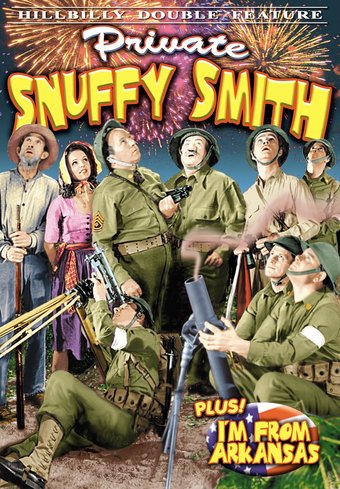 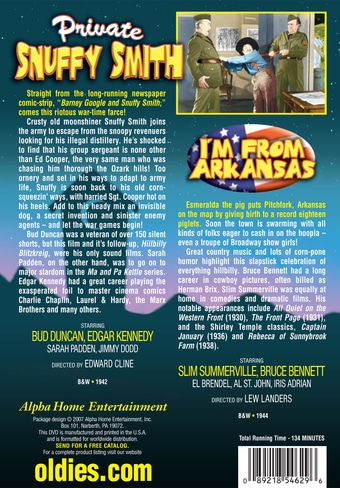 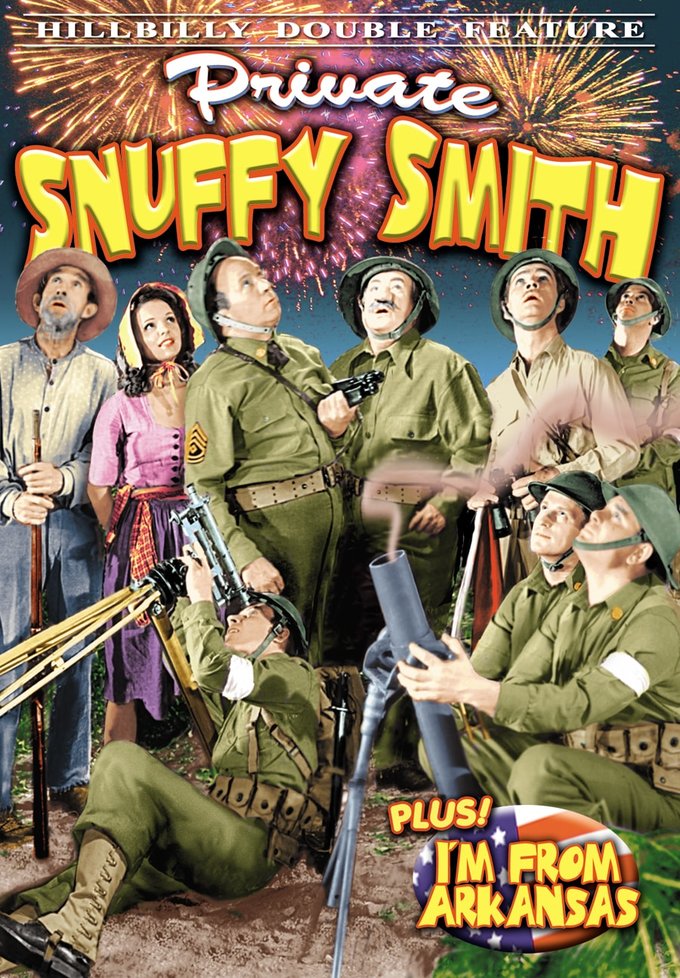 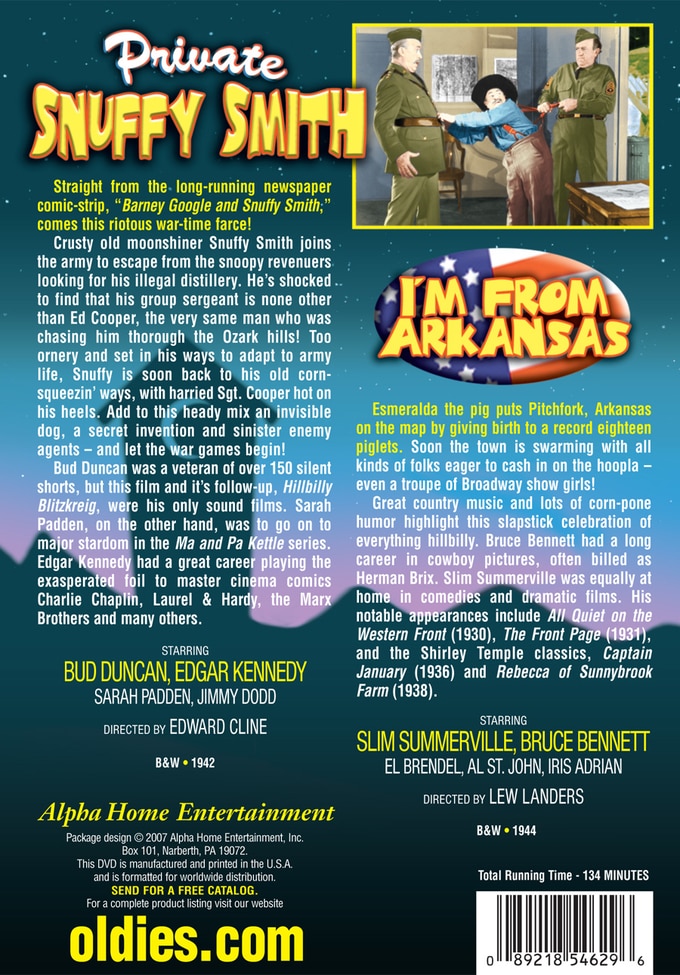 Crusty old moonshiner Snuffy Smith joins the army to escape from the snoopy revenuers looking for his illegal distillery. He's shocked to find that his group sergeant is none other than Ed Cooper, the very same man who was chasing him thorough the Ozark hills! Too ornery and set in his ways to adapt to army life, Snuffy is soon back to his old corn-squeezin' ways, with harried Sgt. Cooper hot on his heels. Add to this heady mix an invisible dog, a secret invention and sinister enemy agents - and let the war games begin!

Bud Duncan was a veteran of over 150 silent shorts, but this film and it's follow-up, Hillbilly Blitzkreig, were his only sound films. Sarah Padden, on the other hand, was to go on to major stardom in the "Ma and Pa Kettle" series. Edgar Kennedy had a great career playing the exasperated foil to master cinema comics Charlie Chaplin, Laurel & Hardy, the Marx Brothers and many others.

I'm From Arkansas (1944, B&W): Esmeralda the pig puts Pitchfork, Arkansas on the map by giving birth to a record eighteen piglets. Soon the town is swarming with all kinds of folks eager to cash in on the hoopla - even a troupe of Broadway show girls!

Great country music and lots of corn-pone humor highlight this slapstick celebration of everything hillbilly. Bruce Bennett had a long career in cowboy pictures, often billed as Herman Brix. Slim Summerville was equally at home in comedies and dramatic films. His notable appearances include All Quiet on the Western Front (1930), The Front Page (1931), and the Shirley Temple classics, Captain January (1936) and Rebecca of Sunnybrook Farm (1938).

This double bill celebration of everything hillbilly features two 1940s comedies: PRIVATE SNUFFY SMITH and I'M FROM ARKANSAS, starring Bruce Bennett.
This product is made-on-demand by the manufacturer using DVD-R recordable media. Almost all DVD players can play DVD-Rs (except for some older models made before 2000) - please consult your owner's manual for formats compatible with your player. These DVD-Rs may not play on all computers or DVD player/recorders. To address this, the manufacturer recommends viewing this product on a DVD player that does not have recording capability.