Avenged Sevenfold Hail to the King 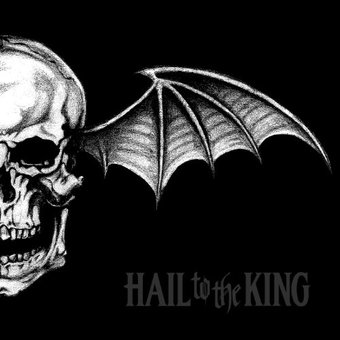 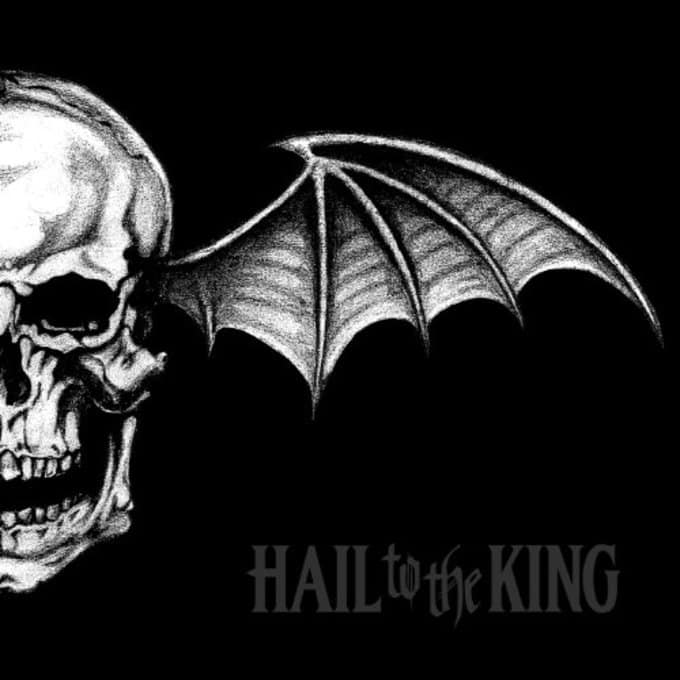 Rolling Stone - p.73
3 stars out of 5 -- "[T]heir sixth LP piles clarion solos atop clean, sludge-chug riffs."
Alternative Press
4 stars out of 5 -- "With an evident desire to write the biggest music imaginable, they have upped the game with every release, and HAIL TO THE KING is an epic album indeed -- and possibly their best to date."
Q (Magazine) - p.101
4 stars out of 5 -- "A divergence into classic metal...The next giant crossover metal band has arrived."

Personnel: M. Shadows (vocals); Synyster Gates, Zacky Vengeance (guitar); Arin Ilejay (drums).
Audio Mixer: Andy Wallace.
Recording information: Can Am, Tarzana, CA; Capitol Studios, Hollywood, CA.
Editor: Ryan Peterson.
Illustrator: D.A. Frizell.
Following the release of "Carry On" for the Call of Duty Arms: Black Ops II video game, Avenged Sevenfold returned to the studio with new drummer, Arin Ilejay of Confide, to record 2013's Hail to the King. In a press announcement, vocalist M. Shadows announced they would be attempting to go back to their Black Sabbath and Led Zeppelin roots, and at the surface, the idea of dumbing down their music to sturdy classic rock grooves made a lot of sense, since many of the compositions on their last two albums had become overwrought with studio overdubbing. Unfortunately, once they tried to take inspiration from other bands, they mimicked them so well that they lost their sense of identity in the process. "Doing Time" came straight out of the Guns N' Roses songbook, "This Means War" is a direct rip of Metallica's "Sad But True," and "Crimson Day" could be any number of '80s hair metal power ballads. By the album's second half, Avenged Sevenfold can't help but let loose their guitar shredding theatrics a bit, and their personality starts to shine through as the tempo quickens and tracks take flight to unabashed heights. "Heretic" and "Coming Home" are still firmly indebted to their roots (specifically, Megadeth and Iron Maiden) but they are exciting metal numbers, and they set the stage for the colossal "Planets,", which incorporates motifs from "The Planets" suite by 20th century composer Gustav Holst and includes all the arpeggiated soloing and operatic yowling you could ever want. If this sounds ridiculous, that's because it is, but it's undeniably more fun to hear the members pushing themselves and showboating than doing mock covers. ~ Jason Lymangrover