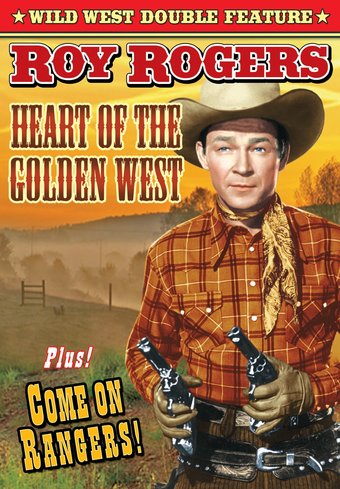 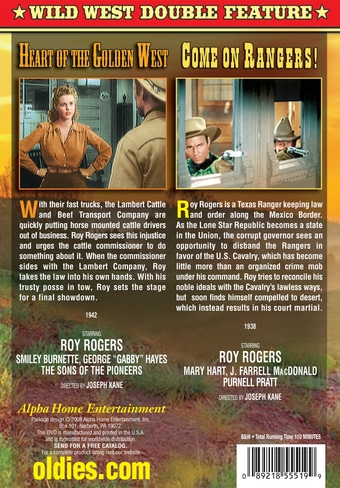 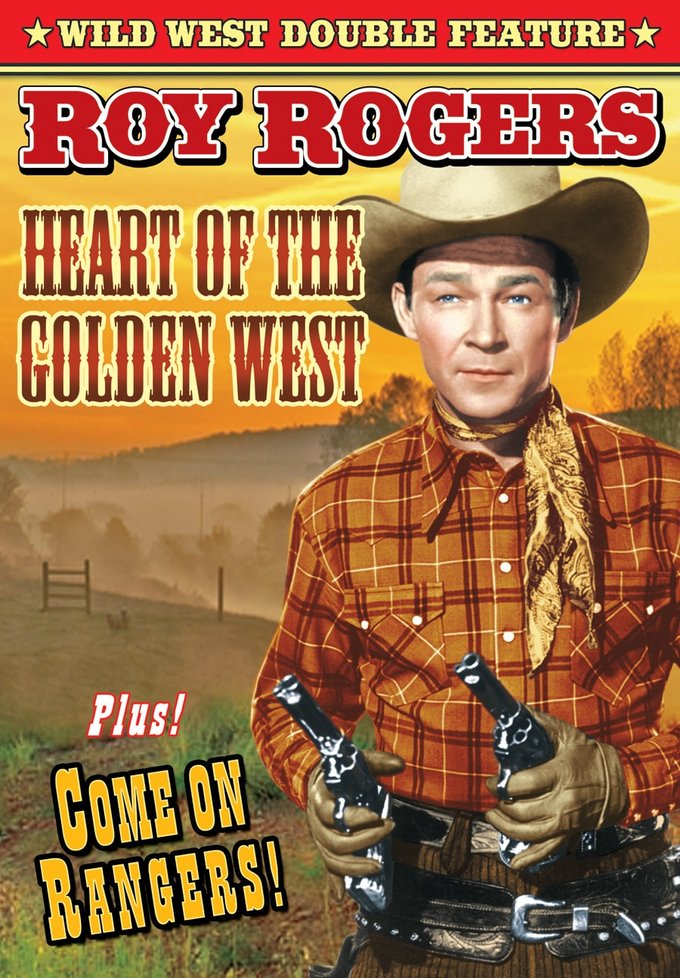 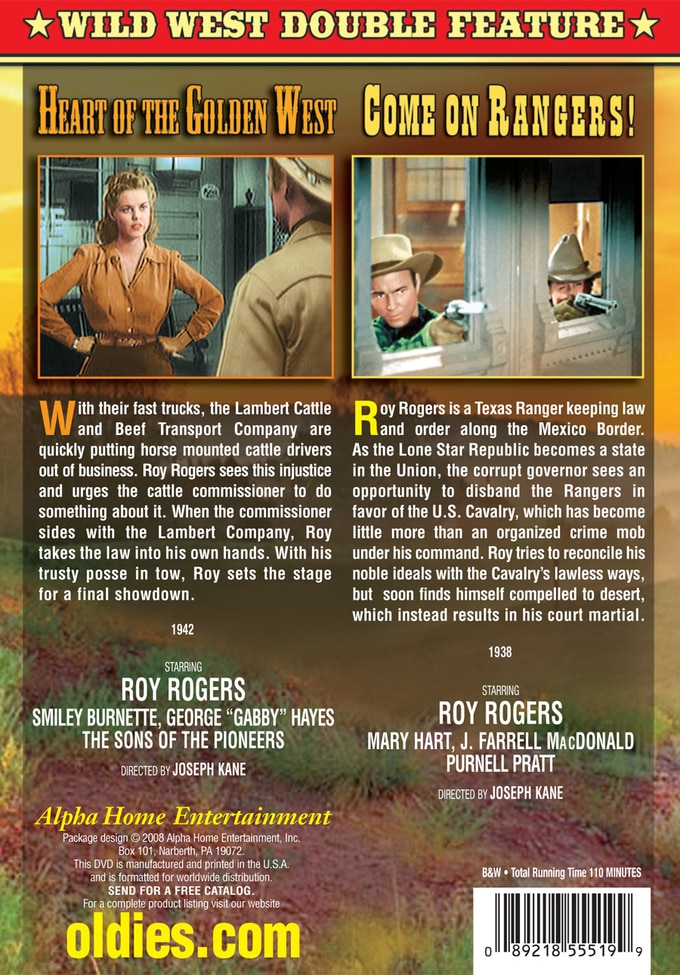 Heart Of The Golden West (1942, B&W): With their fast trucks, the Lambert Cattle and Beef Transport Company are quickly putting horse mounted cattle drivers out of business. Roy Rogers sees this injustice and urges the cattle commissioner to do something about it. When the commissioner sides with the Lambert Company, Roy takes the law into his own hands. With his trusty posse in tow, Roy sets the stage for a final showdown. Stars Roy Rogers, Smiley Burnette, George "Gabby"Hayes and The Sons of the Pioneers; Directed by Joseph Kane.

Come On Rangers! (1938, B&W): Roy Rogers is a Texas Ranger keeping law and order along the Mexico Border. As the Lone Star Republic becomes a state in the Union, the corrupt governor sees an opportunity to disband the Rangers in favor of the U.S. Cavalry, which has become little more than an organized crime mob under his command. Roy tries to reconcile his noble ideals with the Cavalry's lawless ways, but soon finds himself compelled to desert, which instead results in his court martial. Stars Roy Rogers, Mary Hart, J. Farrell and MacDonald Purnell Pratt; Directed by Joseph Kane.

The singing cowboy himself, Roy Rogers, stars in this pair of Western adventures. In HEART OF THE GOLDEN WEST, Roy fights against the greedy owner of a trucking company who raises rates for trucking cattle. COME ON RANGERS finds Roy's cherished Texas Rangers disbanded and crime running rampant.

Action | Adventure | Adventurers
This product is made-on-demand by the manufacturer using DVD-R recordable media. Almost all DVD players can play DVD-Rs (except for some older models made before 2000) - please consult your owner's manual for formats compatible with your player. These DVD-Rs may not play on all computers or DVD player/recorders. To address this, the manufacturer recommends viewing this product on a DVD player that does not have recording capability.