A sexually charged tale of a royal princess and her procession of lovers. 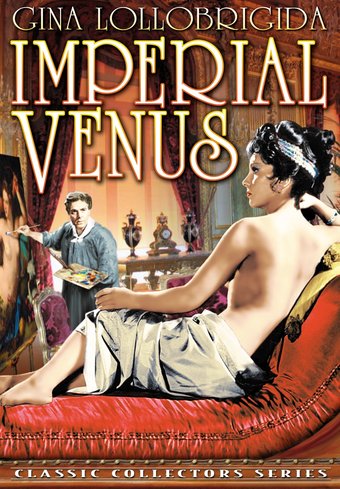 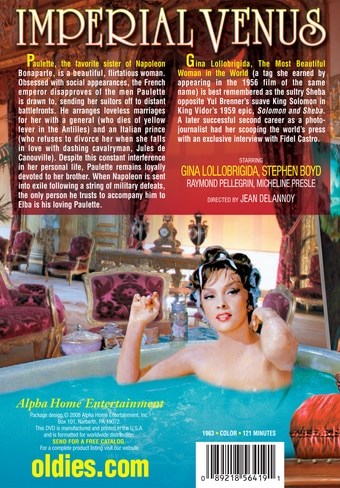 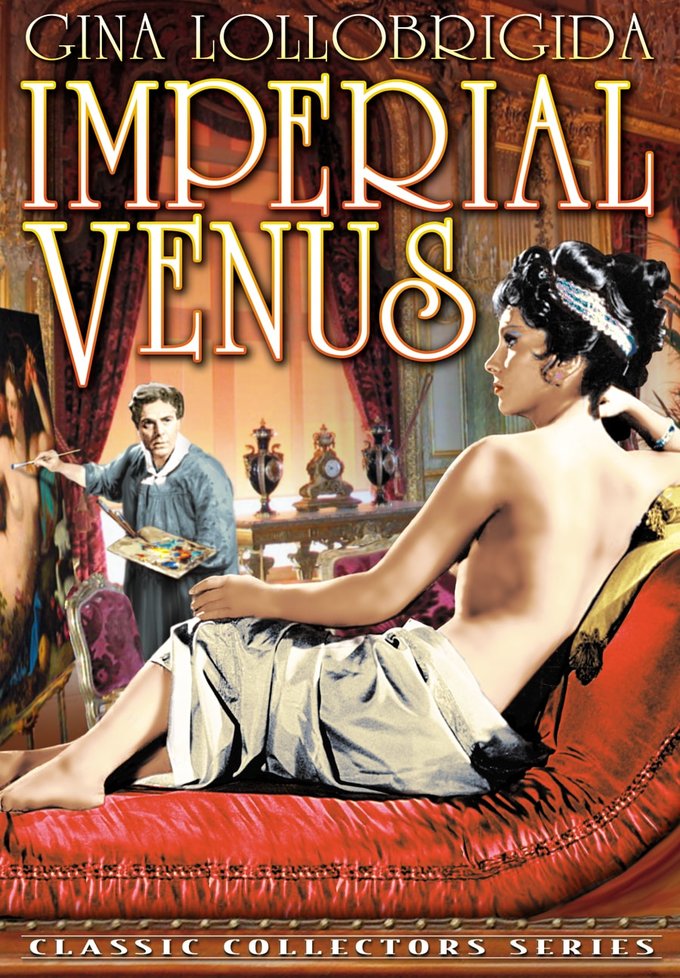 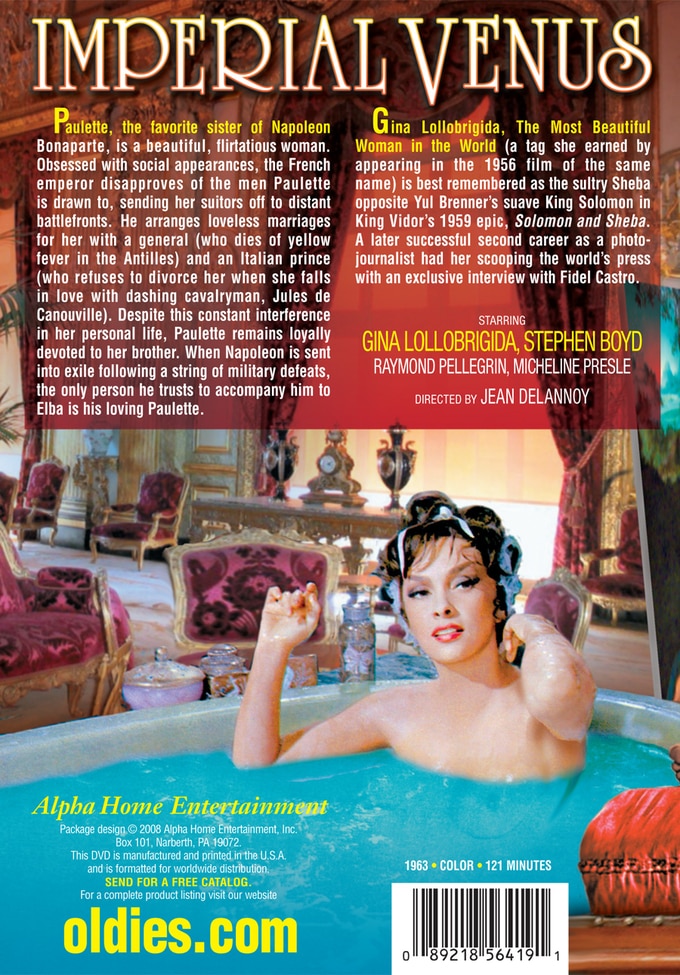 Paulette, the favorite sister of Napoleon Bonaparte, is a beautiful, flirtatious woman. Obsessed with social appearances, the French emperor disapproves of the men Paulette is drawn to, sending her suitors off to distant battlefronts. He arranges loveless marriages for her with a general (who dies of yellow fever in the Antilles) and an Italian prince (who refuses to divorce her when she falls in love with dashing cavalryman, Jules de Canouville). Despite this constant interference in her personal life, Paulette remains loyally devoted to her brother. When Napoleon is sent into exile following a string of military defeats, the only person he trusts to accompany him to Elba is his loving Paulette.

Gina Lollobrigida, the "Most Beautiful Woman in the World" (a tag she earned by appearing in the 1956 film of the same name) is best remembered as the sultry Sheba opposite Yul Brenner's suave King Solomon in King Vidor's 1959 epic, Solomon and Sheba. A later successful second career as a photo-journalist had her scooping the world's press with an exclusive interview with Fidel Castro.

A period costume epic with historical and sociological undertones, IMPERIAL VENUS was filmed in a grand manner meant to appeal to the French and Italian audiences who resented the innovations of the New Wave. Gina Lollobrigida stars in the role of Napoleon's beloved sister, Paolina, the sexy imperial Princess who thirsts for power of her own, and can only obtain it through her affairs with men. Not a great figure in history, Paolina Bonaparte (1780-1825) nonetheless enjoyed a reputation for her legendary beauty and her capricious life. She was celebrated in a statue that cast her as Venus, made by the great Canova (Gianni Santuccio). And she was famous by association, belonging to the family that ruled over Europe in the first decade of the 1800s. That she won as many battles in bed as her brother did on the battlefield overshadows her humanity: she was complex and fragile, enjoying a short but exceptional life. Napoleon (Raymond Pellegrin) loved his sister dearly in an untiring, if not overbearing way. While his career blossomed, she married the young general Leclerc (Massimo Girotti). She shined in the Bonaparte court, was widowed, then married Camillo Borghese (Giulio Bosetti) from whom quickly separated. Reentering France, she accepted new loves and new honors. The Princess was, in life, a representative of both the good and the evil of the First French Empire, as shown in this engaging film.

The Greatest Story Ever Told
$6.40
Add to Cart

16%off
Beauties of the Night
$8.40 Super Savings
Add to Cart